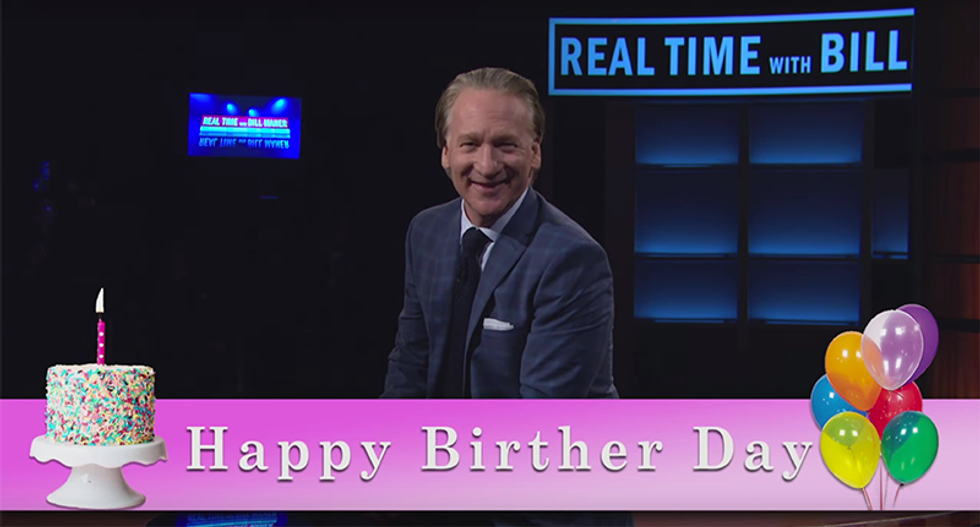 Bill Maher isn't a fan of presumptive GOP nominee Donald Trump, so he took a moment to send a very special birthday message on The Donald's 70th year.

"So, Don, enjoy your special day with your wife Melania, your daughter Ivanka and your sons Dick for Brains and F*ckface," Maher continued. "And you're 70 this year, go for broke. Like your casinos."

Maher recognized that Trump probably has a lot on his mind, "but I really hope you take some time, just for this one day, to think a little about yourself. People don't know about your softer side. But enough about your penis. But 70 years old, wow! As you enter your sunset years, I want you to know we all take comfort in the fact that you're entering your sunset years."

Maher's final suggestion was to get to the cake before Chris Christie. "See ya next time you sue me!"

Trump was born in 1946 and shares a birthday with singer Boy George, Marxist revolutionary Che Guevara, rapper Darien Townsend and actor Ryan McCartan who will be in the upcoming revival of "The Rock Horror Picture Show."