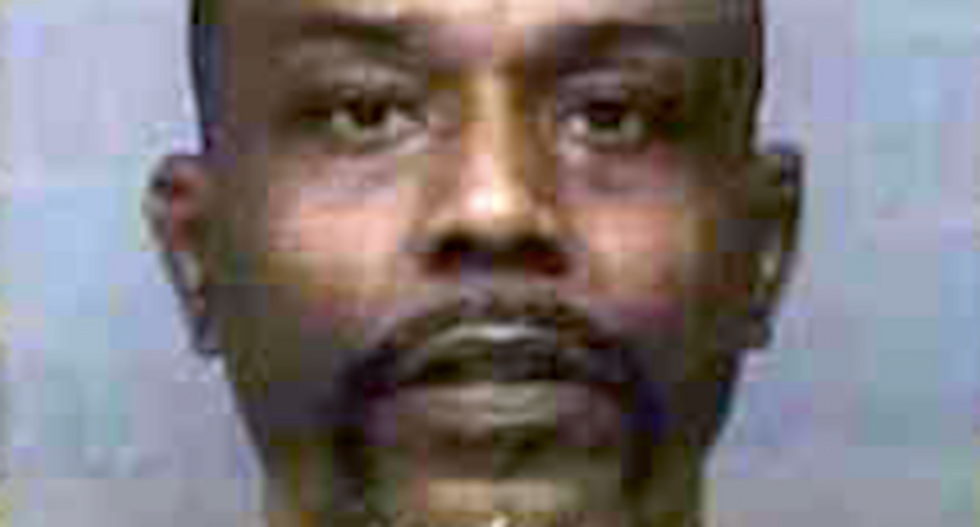 A Kansas inmate is serving a life sentence for a murder he insists he didn't commit -- and the confessed gunman backs his claim.

John Calvin has already served 13 years in the Lansing Correctional Facility for a conviction on felony first-degree murder and attempted robbery charges, while the man who admits the slaying walks free, reported KCTV-TV.

"He ain't do nothing -- I did it," said Melvin White, who took a plea deal in the case and served 54 months.

White said he and the victim, John Coates, were both involved with the same woman -- and he claims he was forced to kill the other man before he killed him.

He devised a plan to rob and kill Coates, who he says was a drug dealer, by sending Calvin as a decoy with some CDs to sell for drug money.

"I was an addict, you know, I was a drug addict, so my only intention that night was to get some drugs," Calvin told the TV station.

According to court documents, White -- who went by the names "Snooky" or "Snake Eyes" -- pulled Coates outside after he opened the door and fought with the victim until shooting him to death.

White, who prosecutors said had stalked the victim and was jealous of his drug ventures, took a plea deal and got 60 months in prison, while his 17-year-old nephew, Benjamin Russell, agreed to testify as part of a plea agreement.

Calvin at first told police he wasn't aware White and Russell planned to rob the victim, but he eventually admitted he was aware of the plot.

He argued in an appeal that police coerced him into making that statement, but he remains behind bars.

"I feel bad," White said. "I should be doing the time not him. I'm the one who pulled the trigger."

He has signed an affidavit saying that Calvin knew nothing about the planned robbery or shooting -- and White admitted that he would kill Coates again, if the victim somehow came back to life.

Calvin is hoping White's admission will get him a new trial, but legal experts say that's not all that likely because courts are suspicious of testimony from one defendant that clears another.

Calvin and his family blame his original public defender for presenting a bad case, and he's paying for his appeals attorney with a prison job that pays around $10 an hour.

His appeal keeps bouncing between the appellate and district courts, and Calvin said he's frustrated.

"The evidence is so clear, and you are still not moving fast enough to get an innocent man out of a place like this," Calvin said. "It's a nightmare."