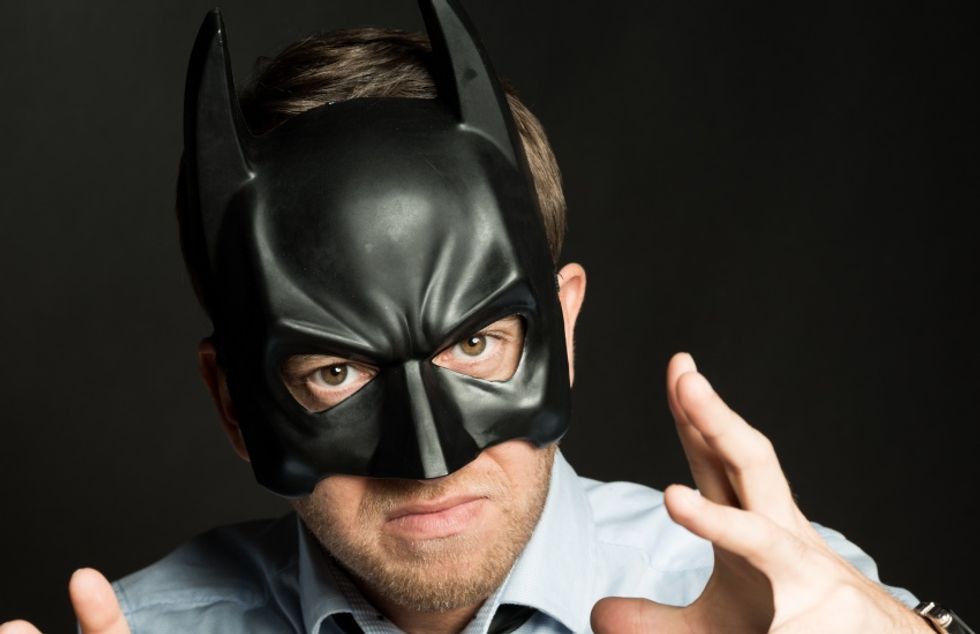 A man in a Batman mask (Shutterstock)

Last month, for instance, a local lawyer went to a council meeting dressed in a KKK hood and threatened to lynch a black councilman.

This month, a man wearing a Batman mask was arrested after he sneaked a box cutter into a council meeting and refused to stop dancing in the aisle while holding a KKK doll, reports ABC 7 in Los Angeles.

Armando Herman, who calls himself "Batman" and who frequently shows up to meetings dressed in costumes, was removed from the meeting after he refused to stop dancing. As he was being escorted out of the chamber, officers found a box cutter on him and promptly had him arrested.

The city council says it's investigating how Herman was able to get the box cutter past security, as he had to pass through a metal detector to enter the council chamber.