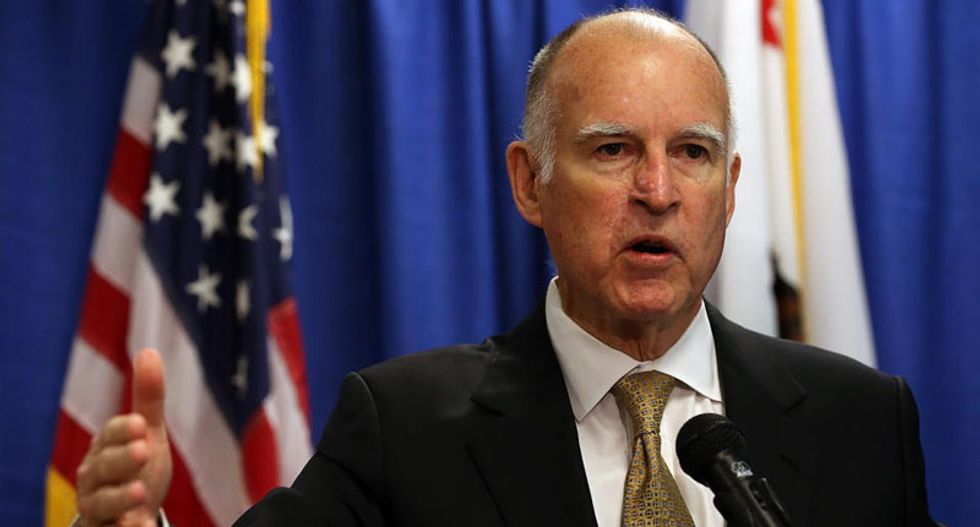 California Governor Jerry Brown signed a bill into law allowing unauthorized immigrants to buy health insurance on a state exchange created under the U.S. Affordable Care Act, making the state the first in the country to offer that kind of coverage.

The law lets the state request a waiver from the federal government that will be needed to allow unauthorized immigrants to purchase unsubsidized insurance through Covered California, the state's healthcare exchange.

"Today we ask the federal government to remove another barrier to health insurance access that discriminates against some of our residents on the basis of their documentation status," said Senator Ricardo Lara, the bill's author, in a statement.

Brown, a Democrat, signed the bill on Friday, according to the governor's website. His office was not immediately available for comment.

The Los Angeles Times reported that if the waiver is approved, it would allow as many as 390,000 immigrants to purchase healthcare insurance through the state's exchange.

Opponents of the legislation have said it would unnecessarily cost California taxpayers and strain the state's healthcare system.

About 7 percent of California's population, or 2.6 million people, lack legal immigration status. In 2012, the state spent more than $600 million on emergency room and other health-related services for people living in the state illegally.

(Reporting by Brendan O'Brien in Milwaukee; Editing by Muralikumar Anantharaman)