Californians now have right to ‘aid in dying’: How did we get here? 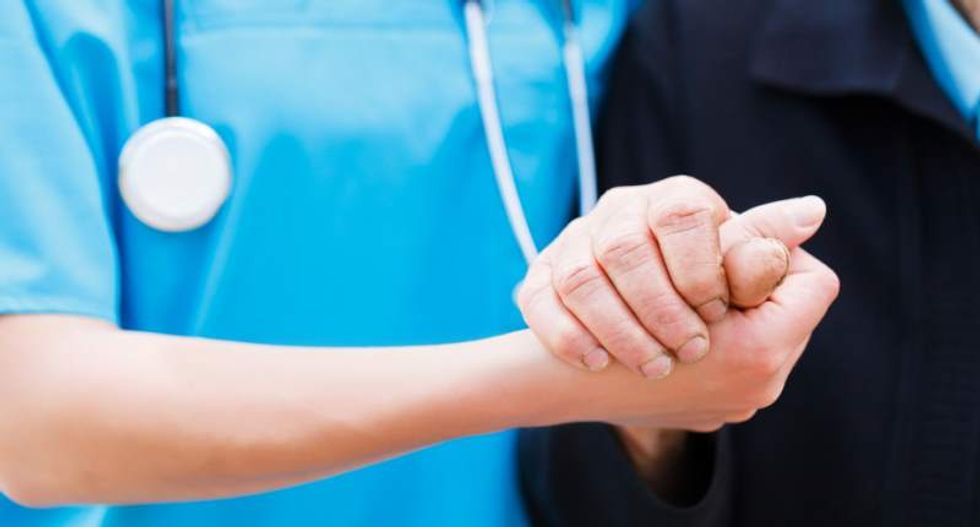 Twenty years ago, no one in the United States could claim a right to “physician aid in dying” (also called “physician-assisted suicide”). Today, more than 52 million Americans can.

On June 9, California became the fifth state to permit its terminally ill residents to obtain a prescription for a lethal dose of medication, as the End of Life Option Act, which the state legislature passed in late 2015, went into effect. Now, with their physicians’ help, patients in California can minimize their suffering at the end of life by hastening their time of death.

Recognition of a right to aid in dying began slowly.

Indeed, early efforts to legalize the practice failed. Residents of Washington state in 1991 and California in 1992 voted against aid in dying when referenda were placed on the ballot. And in 1997, the Supreme Court rejected a constitutional right to aid in dying. While in that same year Oregon became the first state to allow aid in dying, no other state followed suit for more than a decade.

But by 2008, support for aid in dying had grown significantly. Since then, Washington, Montana, Vermont and California have all changed their laws, and we can expect other states to do so in the coming years.

So why have Americans become more receptive to a practice that was rejected throughout the United States until Oregon changed course? Indeed, why did the California legislature pass an aid-in-dying law in 2015 when its voters opposed aid in dying in the 1992 referendum?

When aid-in-dying advocates drafted Oregon’s law (first passed in 1994 but delayed by legal challenges until 1997), they made a number of important changes to the earlier unsuccessful proposals in Washington and California.

The Oregon law also added several requirements to ensure that patients would make an informed and voluntary choice when they exercised their aid-in-dying right.

For example, rather than simply saying that patients have to repeat their request for aid in dying to their physician, as was proposed in the 1992 California referendum, Oregon requires patients to express their wishes multiple times over a 15-day period.

Patients must ingest the medication on their own.

Other states looked to Oregon’s model

Once other states saw that Oregon had developed an aid-in-dying law with strong safeguards and that aid in dying could be implemented without evidence of abuse, a right to aid in dying became more attractive.

Most of the states that have recognized such a right closely follow Oregon’s approach. The exception is Montana, where the right to aid in dying resulted from a decision by the state Supreme Court. The court did not include the detailed rules seen in Oregon, Washington, Vermont and California, whose aid-in-dying laws were passed through public referenda or legislative action.

Oregon’s track record was especially important for other states. When the U.S. Supreme Court rejected a constitutional right to aid in dying in 1997, the justices observed that many people were worried about the experience with euthanasia in the Netherlands, and there was no experience with aid in dying in the United States to provide reassurance. But later states had a decade or more of data from Oregon before they enacted their laws.

While the laws include a number of safeguards, three are particularly important. Indeed, all five states that have legalized aid in dying include each of the three safeguards.

1. Patients must be terminally ill

Aid in dying is not available until a person has become “terminally ill,” which typically means having a life expectancy of no more than six months, even with aggressive medical care. Thus, in Oregon, almost 80 percent of aid-in-dying patients have a cancer that has become untreatable.

California, Oregon, Vermont and Washington all define terminal illness in terms of a six-month life expectancy, while under Montana aid-in-dying law, one is terminally ill when death is expected “within a relatively short time.”

This stands in contrast to the Netherlands and Belgium, where aid in dying is available to persons who are not terminally ill. In those countries, there is real concern that aid in dying has been used by patients who needed psychological counseling or other treatments that might have restored their desire to continue living.

2. Patients must be mentally competent adults

Aid in dying is not an option for children, persons with dementia or anyone else who lacks the mental capacity necessary to make medical decisions. Aid-in-dying patients must be able to decide for themselves about their medical care, and they must reaffirm their desire for aid in dying over an extended waiting period. As in Oregon, aid-in-dying laws in California, Washington and Vermont require patients to express their wishes multiple times during a 15-day stretch.

Aid-in-dying laws in those four states also require two physicians to determine that the patient can make medical decisions, is acting voluntarily and has made an informed choice of aid in dying. In addition, if either physician finds any evidence of a mental disorder, the doctor must refer the patient for evaluation by a mental health specialist. As a result, we have not seen aid in dying in the United States being practiced on patients against their will, without their knowledge or because their families made the choice for them.

3. Aid in dying is not euthanasia

By requiring the patient to perform the life-ending act themselves, states can prevent aid in dying from being performed by someone else without the patient’s consent. Whether to bring about death remains under the patient’s control until the very end.

Experience elsewhere illustrates the importance of a distinction between aid in dying and euthanasia. Much of the controversy about end-of-life practices in the Netherlands reflects concerns that euthanasia is performed inappropriately on children or adults who cannot make their own medical decisions.

Aid in dying is safe, legal and rare

All of the safeguards have ensured that aid in dying remains a safe and rare event.

After nearly 20 years of legalization in Oregon, aid in dying accounts for less than one-half of one percent of deaths in the state. In addition, aid in dying has not put patients who are minority, uninsured or uneducated at risk. The typical aid-in-dying patient is white, insured and well-educated.

For many patients, a right to aid in dying provides comfort even when not fully exercised. Among patients in Oregon who have received a prescription since 1997, about 35 percent died without taking the medication. Those patients benefited from knowing that they had the option to take the pills if their suffering became intolerable, relieving them of the psychological stress that can accompany the prospect that one’s terminal illness will impose even greater suffering.

With their important safeguards, aid-in-dying laws have helped dying persons minimize their suffering while protecting against a slide down the slippery slope toward abuse.

David Orentlicher, Professor of Law and Co-Director of the William S. and Christine S. Hall Center for Law and Health , Indiana University