Can Jude Law’s ‘Genius’ capture the essence of Thomas Wolfe? 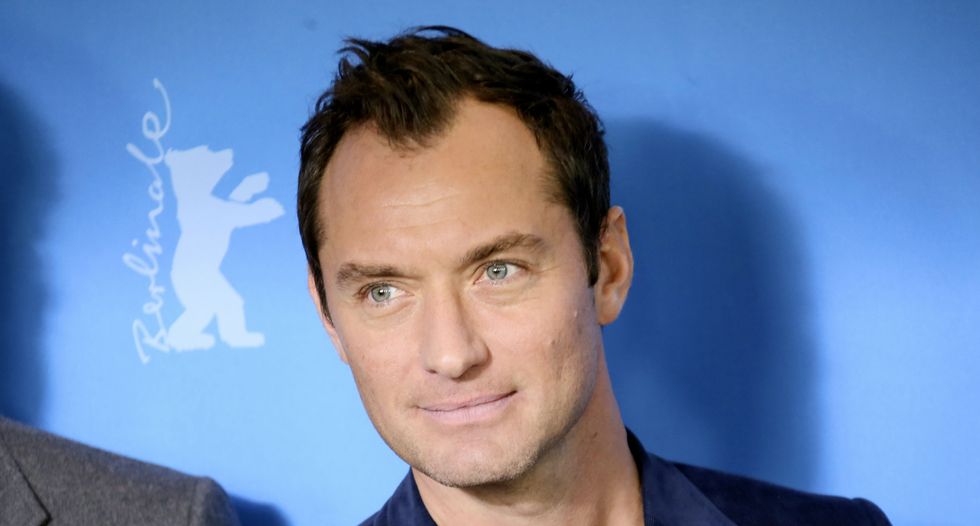 For Jude Law, playing the part of early 20th-century novelist Thomas Wolfe is a tall order. Yes, the actor is a half-foot shorter than the literary giant he portrays in the film “Genius,” which tells the story of Wolfe and his contentious, complicated relationship with prominent Scribner’s editor Maxwell Perkins (Colin Firth).

But forget about altitude. What about attitude?

Over the past several years, I’ve been putting together a book of reminiscences entitled “Thomas Wolfe Remembered” (forthcoming in 2017). My co-editor, Nami Montgomery, and I have combed through dozens of accounts of the man by his family, friends, agent, editors, typists and others who knew him intimately or casually.

These acquaintances tell quite a story, and Wolfe’s personality was even larger than his 6'6" frame (which, by Wolfe’s own admission, once weighed some 240 pounds).

Alternatively exuberant and morose, captivating and maddening, delightful and just plain weird, Wolfe is likely the most fascinating author I’ve encountered in the quarter-century that I’ve been reading and studying literature.

‘A hydroelectic plant of emotion’

Those who knew Wolfe remembered him as an overgrown child – one who could skip around a room in excitement or throw outrageous tantrums over a bad review.

His childlike sense of wonderment endeared him to many. One evening, after he spotted a freight car at a tiny train station in New Jersey (nothing delighted him more than trains), his eyes lit up. As he often did when he became excited, he began to stutter.

“K-K-Kitty!” he said to one of the women with him. “Look! This is America.” He then insisted that his companions touch the tracks.

Wolfe’s first novel, “Look Homeward, Angel,” was a thinly veiled autobiography, and the inspirations for many characters were easily identifiable. The portraits were far from rosy. As one reviewer noted, Wolfe’s portrayal of Asheville was “crowded with pain, bitterness and ugliness,” and many townspeople were displeased over having their scandals “dragged forth into the light.”

Fellow novelist Vardis Fisher remembered Wolfe reading some of the backlash aloud to him, “weeping, cursing, hating – hating as I have never seen a man hate.”

He was, as one of his typists put it, “no single-watt man, but a hydroelectric plant of emotion.”

When it came to writing, though, this hydroelectric plant generated an astonishing output. He was prone to procrastination, but when he did get around to putting pencil to his patented yellow sheets of paper, he made them “fly as though they’d been blown from a fan,” recalled one typist, who “would catch up the pages as he finished them” and try to decipher his notoriously cryptic handwriting.

After “Look Homeward, Angel,” Wolfe worked on various manuscripts simultaneously, simply writing whatever anecdote or scene he wished to capture on any particular day. The products of these efforts – thousands upon thousands of pages – filled a giant packing crate (along with shoes, hats, pots and pans, and more) in his apartment.

One manuscript he delivered to an editor was almost five feet tall. When Wolfe died unexpectedly before he could help sort out all the pages, the editor spent years preparing it for publication. The result was three posthumous books: “The Web and the Rock,” “You Can’t Go Home Again” and “The Hills Beyond.”

You might expect someone who used a packing crate as a filing system to have less than orderly personal habits. You’d be correct.

He lived in spectacular disarray and squalor. One of his typists, James Mandel, recalled a table “cluttered with papers, ledgers, books, unwashed dishes, ashes, cigarette butts, pencils and glasses” and a floor piled so high with debris that it was nearly impossible to navigate.

“And his personal appearance was no better when he was busy with his writing,” Mandel continued. “Hair unkempt, dirt under his finger nails, grimy hands, soiled shirt, unpressed trousers!”

A friend wrote that Wolfe “always looked as if he was on his way to a fire, having pulled his pants on as he was sliding down the pole.”

A ‘genial bear’ at heart

For all his eccentricities, Thomas Wolfe was remarkably warm, polite and modest. One acquaintance remembered him at parties acting like a “great, genial bear.”

People loved to listen to his stories, which were as vivid as his fiction. And at a conference in Colorado, he spoke sympathetically to less accomplished writers, sharing his own struggles.

But my favorite story about Wolfe reveals his humanity – and humor.

He was in a bar in New Orleans, and a man who didn’t know Wolfe came upon a copy of “Look Homeward, Angel,” which someone had brought to the bar. He read a bit of it and declared it worthless – “a lot of bosh” and “a lot of tripe.”

Wolfe overheard the man. Here was an artist who had exhausted years crafting those words, who embraced writing as his life’s driving force – and who was also known to fly into a rage over a bad review.

William H. Fitzpatrick, a journalist who was present, left us an account of what happened next.

Wolfe snatched the book from the man and read aloud its most famous words: “O lost, and by the wind grieved, ghost, come back again.”

That was Thomas Wolfe, too.

To express even a fraction of the Byzantine personality that Wolfe’s agent, Elizabeth Nowell, compared to the “facets of a diamond” would be an impressive feat.

There will never be another Thomas Wolfe. But Law, if he has succeeded, will qualify as another kind of artistic “Genius.”

The trailer for ‘Genius.’

On Sunday, self-styled political commentator and right-wing provocateur Candace Owens went on a transphobic Twitter tirade, concluding, by way of impressive mental gymnastics, that Donald Trump is, in fact, a feminist hero.

"If you guys are wondering what actual feminism is," Owens said in her first tweet, "it's Donald Trump having the courage to stand up on stage and call out the insanity of biological men dominating women's sports."