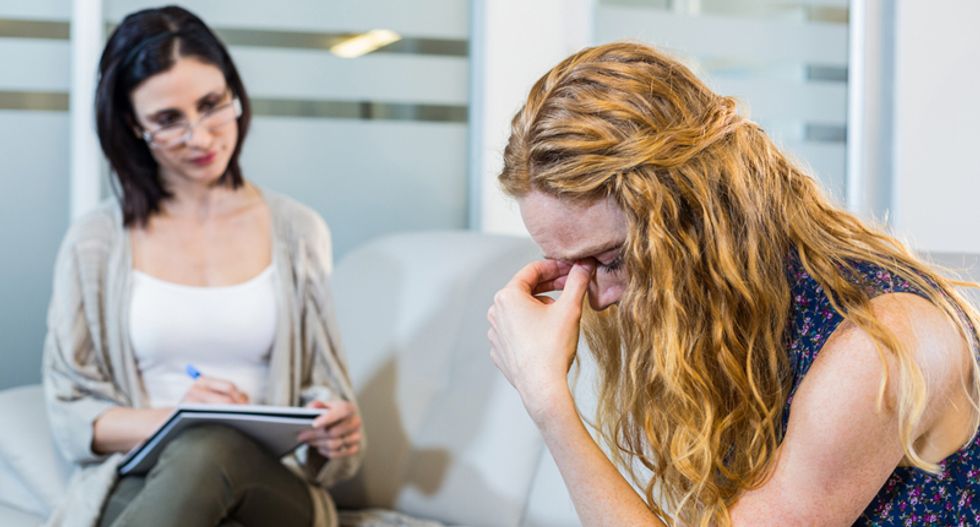 A Christian university in Oklahoma is taking a hard look at creating a degree program aimed at filling the need for managers to run  anti-choice-based pregnancy centers, which purport to give pregnant women all of their options -- as long as it doesn't include abortion.

According to the College Fix,  Everett Piper, president of Oklahoma Wesleyan University, came up with the idea of offering a certification program in “applied bioethics” to train students in anti-choice activism under the guise of counseling.

Known as "pregnancy crisis centers" -- and usually located near Planned Parenthood offices -- the centers advertise themselves as providers of free options for an unintended pregnancy, but without overtly disclosing their agenda. Although the centers may be licensed as community clinics, they don't provide a full array of service, including providing birth control or referrals should a woman wish to terminate her pregnancy.

According to OKWU's website, the school is studying the “feasibility” of expanding the certificate classes into a degree program that prepares students for “vocational work in pro-life apologetics, political consulting, or for an executive role” in the crisis centers.

Citing the university's “explicitly and unequivocally pro-life” position, Piper explained, “We humbly acknowledge that God defines life and that men do not,” in justifying the program.

According to Life Training Institute founder Scott Klusendorf -- who teaches classes in the program -- "we are in trouble" if Christian students fail to use their faith to make a larger cultural impact.

"[Students] need to be able to make a case for the pro-life view in one minute or less if necessary,” he explained, “There is no major out there anywhere that is teaching people to do this.”

Klusendorf teaches an ethics and abortion course on what he calls the “the toughest critics of the pro-life view: the academic critics,” with an eye on preparing students to dismiss complaints that women are unwittingly not receiving a full list of options at the centers.

A consultant on the program, Speaker for Life founder Marc Newman, explained the program further.

"Our goal is to train up powerful advocates for the unborn and center and clinic directors who can persuasively mount a case for their work, raise financial, volunteer, and prayer support, and be of service to area churches, civic groups and schools."

In some states, crisis pregnancy centers receive taxpayer funding despite their religious affiliations.