Chuck Todd exposes Paul Ryan's Trump support: 'You made a case for party over country' 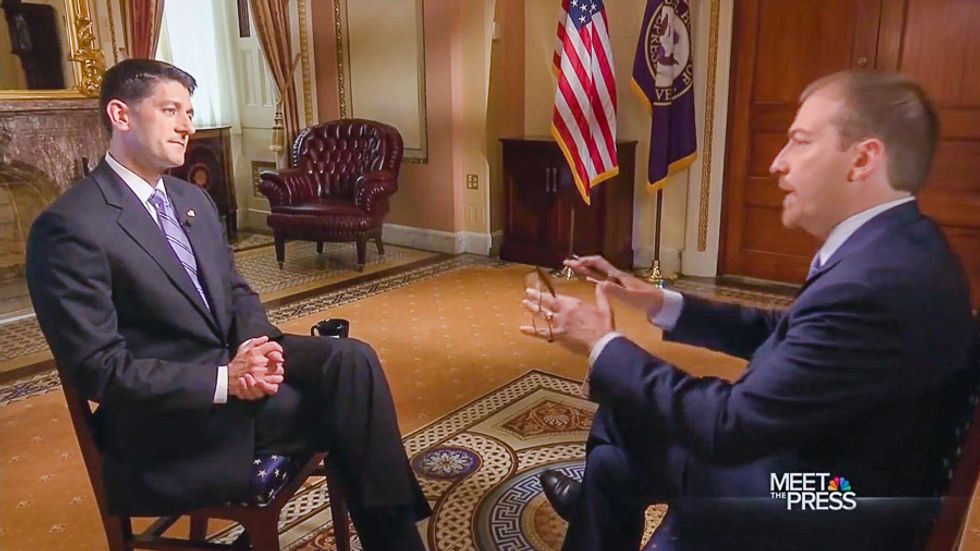 NBC's Chuck Todd accused House Speaker Paul Ryan (R-WI) of putting "party over country" because Ryan continues to support Donald Trump even though he claims not to share the presumptive GOP nominee's values.

"I feel like I have certain responsibilities as not just Congressman Paul Ryan from the 1st District of Wisconsin, but at Speaker of the House," Ryan opined during an interview on Sunday's Meet the Press. "And imagine the Speaker of the House not supporting the duly elected nominee of our party, therefore creating a chasm in our party to split us in half, which basically helps deny us the White House and strong majorities in Congress."

"Now having said that," he continued, "if something is done and said that I don't agree with, that I think puts a bad label on conservatism then I'm going to speak out on it as I have, as I will continue to do. And I hope I don't have to keep doing it."

"You just made a case though of party over country," Todd observed.