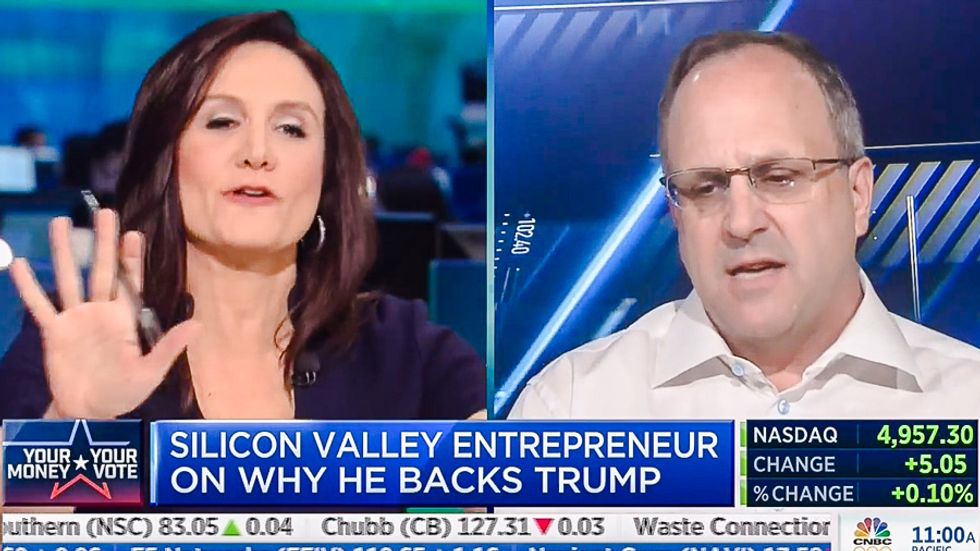 CNBC quickly ended a segment on Thursday after a supporter of Donald Trump announced that the presumptive Republican nominee was "a racist for the American employee."

"There's just so much social pressure," Welch opined. "It's like admitting in L.A. or Silicon Valley or in some parts of New York that your dog is not a rescue. The sort of people who recoil in horror [if you] don't eat Kale."

Welch, who is the wife of former General Electric CEO Jack Welch, said that she was recently at a party and realized that her wealthy friends secretly supported Trump's policies.

Trump backer Scott Slinker, the CEO of Paradata, pointed out that every cab driver that he met during a recent trip to Las Vegas expressed support for Trump.

"I didn't go after this discussion," he insisted. "But they were all for Trump. I find that so fascinating because Trump Tower, Trump Casino -- and if he's a social pariah why are they engaging, why are they so open about it?"

"Even if the media elites wanted to, we couldn't," her co-host agreed, ending the segment.