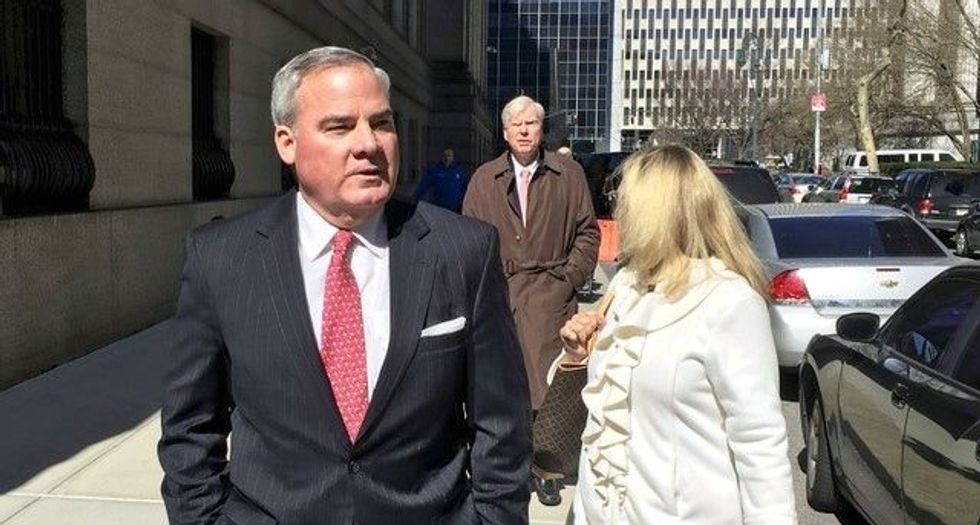 A federal appeals court on Friday upheld former Connecticut Governor John Rowland's conviction on charges that he tried to use sham contracts to hide his political work in two U.S. congressional campaigns.

The 2nd U.S. Circuit Court of Appeals in New York said Rowland, a Republican, was properly convicted over his role in creating documents that falsified his relationship with the candidates in order to impede a potential future government probe.

A lawyer for Rowland did not immediately respond to a request for comment.

Rowland, 59, has been free on bail during the appeal of his September 2014 conviction.

He previously spent 10 months in prison following his 2004 guilty plea linked to his accepting illegal gifts while in the statehouse. He resigned from office that year.

On appeal, Rowland had argued that prosecutors went too far in trying to criminalize his conduct under the Sarbanes-Oxley Act of 2002, a law passed after Enron Corp's collapse that prohibits falsifying documents to hide financial wrongdoing.