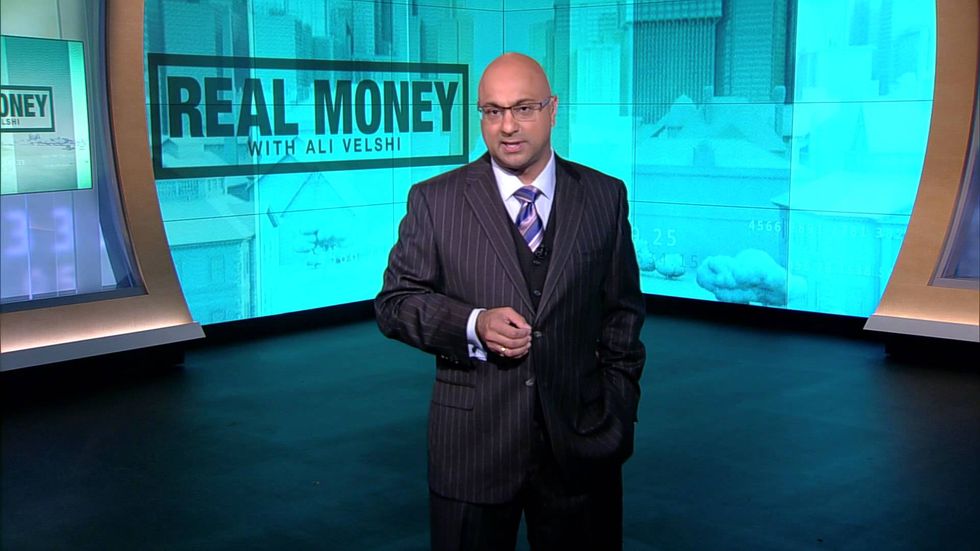 As Trump was outlining his seven point plan to fight what he said was an ongoing trade war with other countries on Tuesday, presumptive Democratic nominee Hillary Clinton taunted him on Twitter by pointing out that the reality star's clothing line was manufactured in Bangladesh.

Lewandowski asserted that Trump had chosen to manufacture products outside the U.S. because he wanted to make "the best profits available."

"What he's talking about now is bringing American jobs back," the former campaign manager explained during a panel discussion on CNN. "That opportunity was such that he had to go and find a product because he couldn't get it manufactured in the United States. That's very different from being the chief executive officer of our country and bringing those manufacturing jobs back here."

"Corey, his whole argument is he's a businessman," Velshi interrupted. "So, how is he going to do that as president?"

And then the Al Jazeera host proceeded to dissect Trump's speech point by point.

"I want to point out a few inaccuracies in his speech," Velshi said. "President Reagan was an absolute free trader who four times in eight years brought in trade restrictions and all times they were temporary. The NAFTA agreement between Canada and Mexico was negotiated and put through by President George H. W. Bush. He tried to fast track it before his term ended in January of 1993 and he couldn't do it in time."

"Which is why Bill Clinton had to pick it up," he continued. "And Bill Clinton added two side notes to that deal to add protections for U.S. workers."

Velshi observed that Trump's "seven point plan is a four point plan because he divided China into three points and he divided other trade manipulations into two points."

"He wants to pull out of the TPP, which is by the way supported by a majority of Republican congressmen in Congress," Velshi declared. "If this is the best speech Donald Trump has given, if it's indicative of the type of policy speech he's going to be delivering, we're in for a very boring four or five months. And people who check facts are going to be very, very busy."