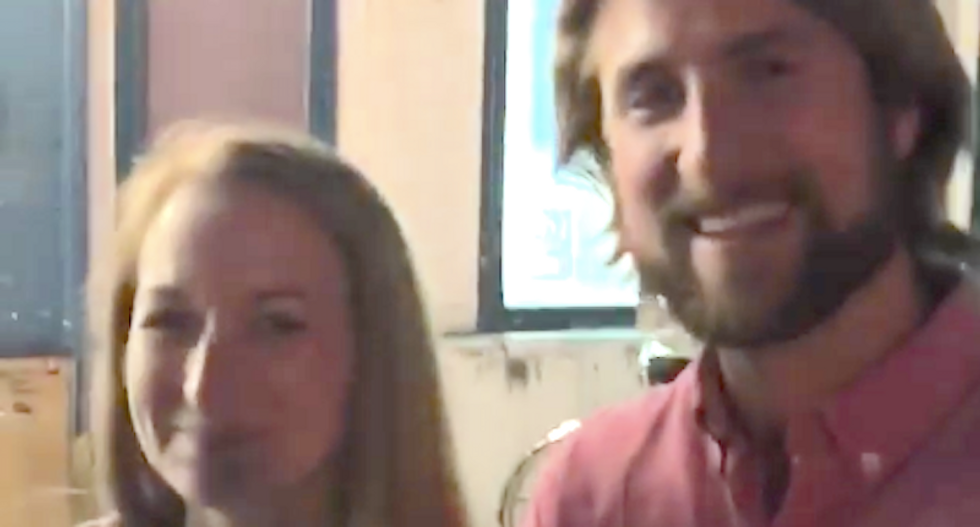 A couple who treated their dying toddler son with maple syrup and other natural remedies instead of medicine claimed they are victims of a government conspiracy to silence anti-vaccine advocates.

David and Collet Stephan, who were convicted in April of failing to provide the necessities of life for their 19-month-old son, are awaiting sentencing later this week.

They spoke to filmmaker Del Bigtree, who produced the anti-vaccine film "Vaxxed," and complained about media coverage of their six-week trial -- which they said was part of an effort to silence those who believe in alternative medicine.

"It's becoming quite a parental rights issue for medical choice, for how we deem to treat our children, and ultimately, what it comes down to is whether we have the right to vaccinate or not to vaccinate without being held liable, or whether or not we have to rush our children to the doctor every time they even get just the sniffles in fear that something may just randomly happen, and then we're held liable," David Stephan said.

David Stephan testified during the trial that he and his wife believed Ezekiel was getting better despite being sick for two and a half weeks in March 2012, although he also admitted that Collet provided "constant care" to the ailing child.

The couple finally sought medical treatment after their son stopped breathing, but he never regained consciousness and was taken off life support five days after he was hospitalized.

David Stephan blamed his son's death on emergency crews, who he said lacked the proper equipment in the ambulance to provide oxygen to the toddler after attempting CPR, although he didn't specify which devices could have prevented the child from going eight minutes without oxygen.

The filmmaker asked the couple what they would tell their three surviving children if they were sentenced to jail time, and Collet Stephan -- who has stood silent but smiling mildly by her husband's side -- broke down in tears.

"It's a hard thing to try to communicate that to a 3-year-old and a 1-year-old, as to why mommy and daddy won't be around anymore," said David Stephan, as his wife composed herself but remained silent. "Our 8-year-old is already somewhat understanding of the issue and is already taking it quite badly."

David Stephan asked supporters to rally for them Friday at the courthouse in Lethbridge, Alberta, Canada, when they will be sentenced to a maximum of five years in jail.

"This is about everybody, this isn't the way the media has played it out to be," David Stephan said. "They've tried to distance us from the average person by trying to say he was too stiff, stiff as a board, in his car seat, he had to be fed somehow through an eyedropper, he was being treated for meningitis with maple syrup and fruit and berries -- that's not the case at all."

"We were treating our child with different homeopathic remedies, different herbal remedies like tens of thousands of people do, nothing out of the ordinary, and he wasn't severely ill, and everything just came to a crash on an evening and we ended up in an ambulance that didn't have the right equipment, and subsequently ended up braindead," he continued. "This isn't just our battle -- this is everyone's battle."