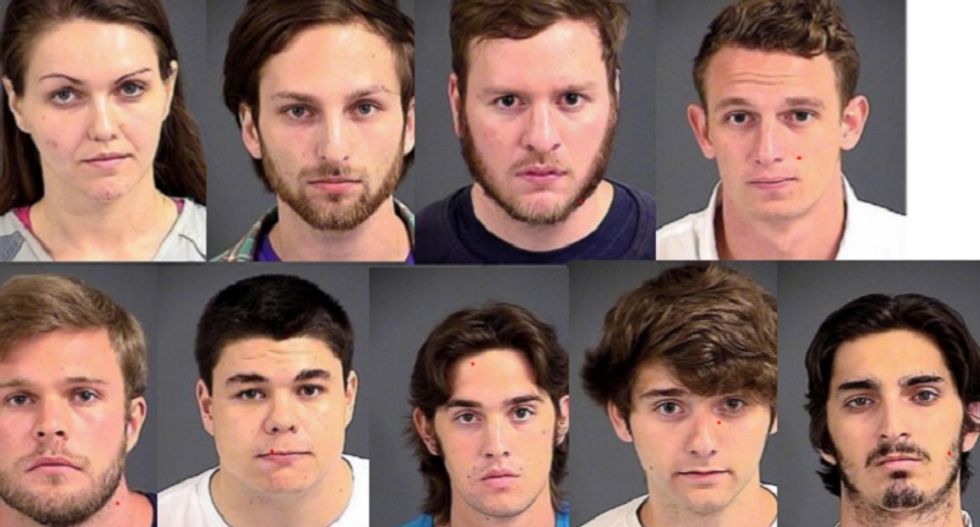 A network of young, white, privileged people ran hundreds of thousands of dollars-worth of cocaine, pills and other substances through downtown Charleston's roaring party scene in plain view, the Charleston Post and Courier revealed in an investigative report.

The ring had been "hiding in plain sight" for years with wealthy young drug dealers -- some of them fraternity members -- profiting off the area's booze and drug-filled college town culture. But the ring was sophisticated and large, with different dealers focusing on specific substances. In a raid executed in relation to a connected murder, police turned up $214,000 in cash.

The dealers operated steps away from the College of Charleston campus out of multi-million dollar homes, with students and former students packaging pills with a factory-grade press and ingredients bought online. They found drugs via a variety of online and street sources, then found thousands of buyers by way of the college's downtown night life.

Social media accounts for the dealers show them on private planes and enjoying pricey restaurants, the Post and Courier reports.

An unnamed source told the paper about fraternity-based Great Gatsby-like parties, with Xanax-spiked punch and girls left so “beyond wasted” they couldn't recall the night before.

Police told reporters they worked hard to crack the case but the dealers were so brazen it raised questions --  “there are multiple kingpins around here, and they're doing nothing about them," an unnamed source told the paper.

And it's not as though it was drug dealing without any other consequences. Patrick Moffly, 23, had connections to some of the dealers and was found shot dead, surrounded by Xanax pills in March.

A source speaking anonymously to the Post and Courier due to safety concerns said the fraternity used pledges as drug mules, taping bags of marijuana to their bodies for delivery.

"It's extremely obvious that the drug culture is within the frat culture and thriving," the source told the paper. "It gave you a group of people bound together by brotherhood to hide drugs.”

So entwined was drug dealing part of the fraternity's constitution that it had an alert system in place in case of a police raid.

“The cash flow coming in and out is insane," the source said. "It's so much bigger than anyone thinks.”

The full report from the Charleston Post and Courier can be read here.