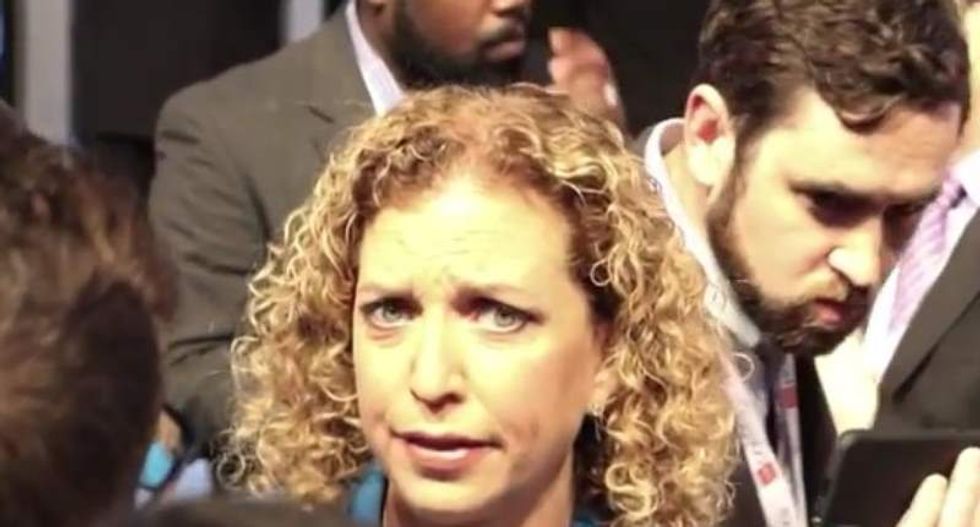 "We have a lot of work to do over the next five months to make sure that Donald Trump does not become president," said Robby Mook, the Clinton campaign manager, when he introduced Davis to the party's staff. "With so much at stake in this election, we could not ask for a better partner in that mission than the team here."

CNN pointed out that the close coordination between the DNC and Clinton contrasts sharply with Trump's fractious relationship with the Republican Party, whose members have threatened to withdraw their endorsement over highly controversial remarks by the presumptive nominee.

Support for Wasserman Schultz within the Democratic Party has eroded in recent weeks after she the subject of intense criticism from Bernie Sanders supporters and others for her apparent favoritism toward Clinton during the presidential primaries.

The Florida congresswoman has criticized Sanders and his campaign for a chaotic outburst by the Vermont senator's supporters at the Nevada State Democratic Convention, comparing their actions to a Trump campaign event.

Sanders has called for new party leaders, and he repeated that point during a private meeting earlier this week with Clinton.

Wasserman Schultz will remain as party chairwoman, at least through next month's convention in Philadelphia, but her role will be greatly diminished.

"This is in fact what happens," Dean told CNN. "Debbie will still have the title, but somebody else will be the effective operator of the DNC. It's Hillary's pick."