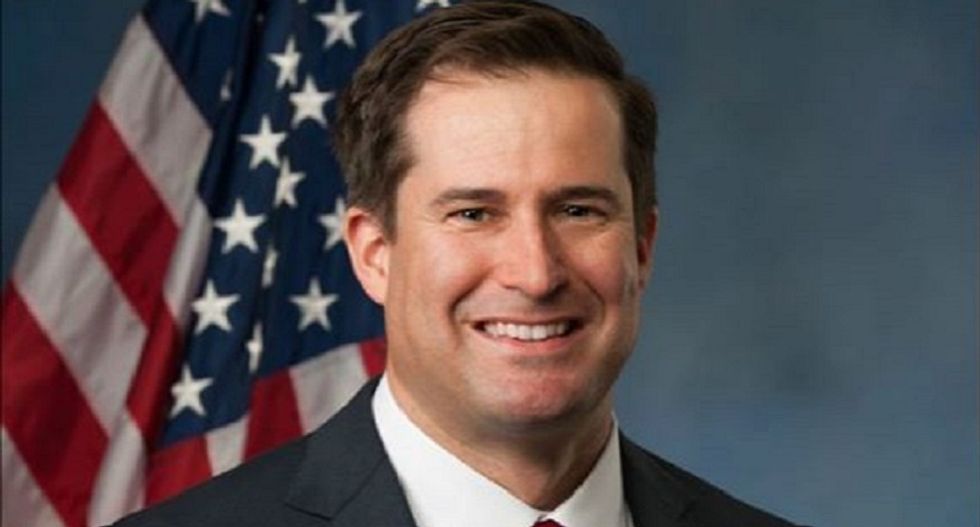 Massachusetts Democrat Seth Moulton has seen more in his 38 years than perhaps many of his congressional colleagues. The House Representative served four combat tours in Iraq. Maybe that explains why he has gone head-on with the politically-powerful National Rifle Association.

In an interview with GQ this week, Moulton said Republicans in Congress openly fear the NRA.

Moulton earned accolades for walking out on a moment of silence on Monday, saying constituents let him know immediately on social media that "thoughts and prayers" were not going to suffice, and that they wanted action.

"I understand I'm one of the few members of Congress who does his own Twitter account, so I saw it right away," Moulton said of the responses. "Congressman Jim Himes of Connecticut was, I think, the first to say, 'You know what, I'm just not even going to attend these moments of silence.' And I thought that was a good statement. Some people have said, 'Well, that's disrespectful to the victims.' I think what's disrespectful to the victims is refusing to even have a debate about passing reasonable reforms to prevent these mass shootings from happening."

Moulton argues that there is no need for civilians to be able to purchase the same types of weapons he carried on the battlefield.

"I do not know how many more innocent Americans need to die before we come to our senses on this issue," he said. "In just my one term here, we've already had too many moments of silence to even count. But I do have hope, and that's why I'm going to keep fighting... And an assault-weapons ban would have prevented Omar Mateen from buying this gun in Florida."

Moulton also weighed in on GOP candidate Donald Trump, saying his rhetoric has put the safety of U.S. military serving overseas at risk.

"The last time I went overseas on an Armed Services Committee oversight trip, we went to Iraq, Israel, Bahrain, and the UAE, and the number of foreign leaders—leaders of our allies—who spoke derisively about Trump was embarrassing," Moulton said. "It was embarrassing as an American, even as someone who doesn't support Trump. And the things that he's saying are absolutely putting our troops at risk today."

In response to Trump's comments accusing U.S. soldiers of stealing Iraq recover money, Moulton deadpanned, "Donald Trump obviously knows nothing about what it's like to put your life on the line for your country. He's never risked his life for anything."