Democratic lawmaker says Trump could be a secret Clinton plant: Bill and Donald 'are buddies' 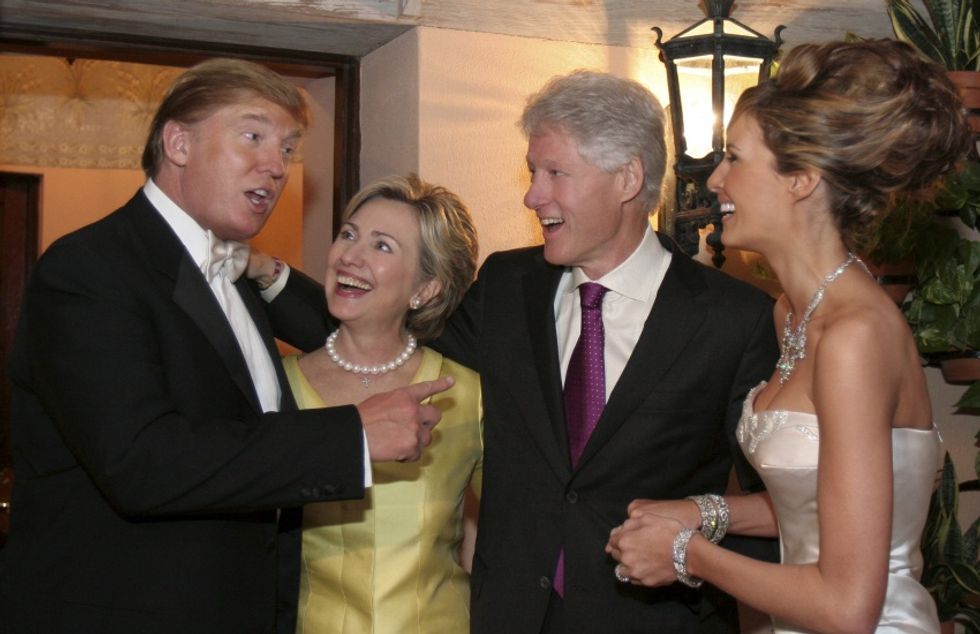 In happier times, Donald Trump and the Clintons share a laugh.

For a long time, there's been a conspiracy theory floating around that presumptive Republican presidential nominee Donald Trump decided to run for office at the behest of the Clinton family as a way to destroy the GOP and pave the way for Hillary Clinton's presidency.

Now at least one Democratic congresswoman is openly musing about the idea that this conspiracy has some truth to it.

In an interview with The National Review, Rep. Marcy Kaptur (D-OH) talks about rumors she's heard about Trump being a secret Clinton plant -- and she can't dismiss the idea entirely.

"There are some theories on the internet that this is Bill Clinton’s best political deal," says Kaptur, who supported Hillary Clinton's rival Bernie Sanders in this year's Democratic primary. “That he and Donald are buddies, and they have a lot of similar friends in New York, and he has masterfully selected a friend who maybe by October will say, 'You know, this is very boring. And I’m going to get out.' Do I believe it 100 percent, do I believe it 2 percent? You know, you really wonder."

While it's unlikely that Trump is in cahoots with Bill Clinton to ensure a Hillary Clinton victory this fall, it is true that Trump has acted exactly as you'd expect a pro-Clinton plant to act. After all, he's sown division and chaos within the Republican Party and has also helped drive the GOP's favorable ratings to their lowest ever.

In other words, even if he's not a plant, he's doing a really good job of acting like one.