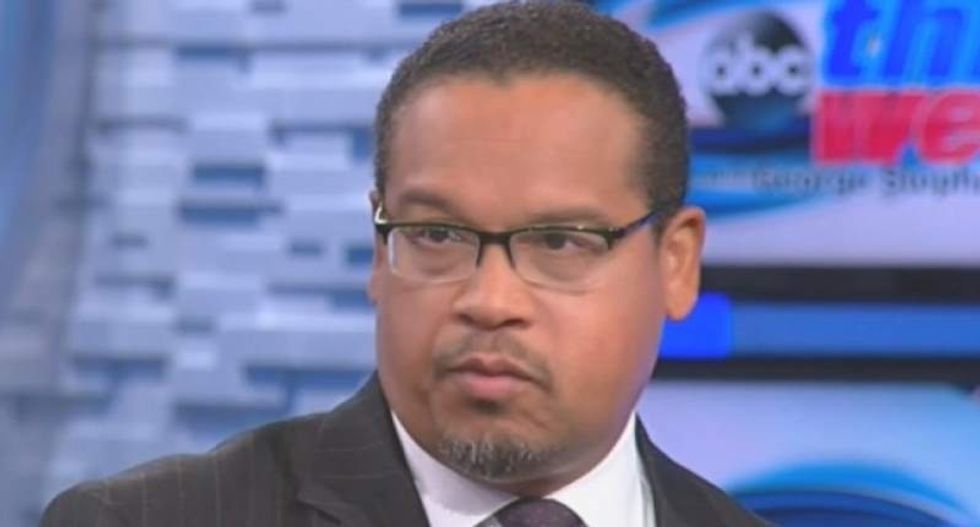 Rep. Keith Ellison (D-MN) was in a meeting with Trita Parsi, who leads the largest Iranian-American grassroots organization. Suddenly, the Congressman's scheduler came into the meeting and handed him a note. His mother called, and this was the message she sent to her son:

Needless to say, the meeting was quickly over and Ellison made his way to the House floor to join his colleagues. He tweeted that he was joining the sit-in "against Gun violence & Majority's unwillingness to protect Americans from slaughter."

The sit-in began Wednesday morning and House Speaker Paul Ryan adjourned at 11:30am. They were scheduled to have an afternoon session, but that didn't happen. When the House is in recess, no video can be fed to C-SPAN. As a result, Rep. Scott Peters (D-CA) picked up his cell phone and began to broadcast the speakers to Periscope. C-SPAN picked up the feed and are now using that to broadcast the sit-in live.