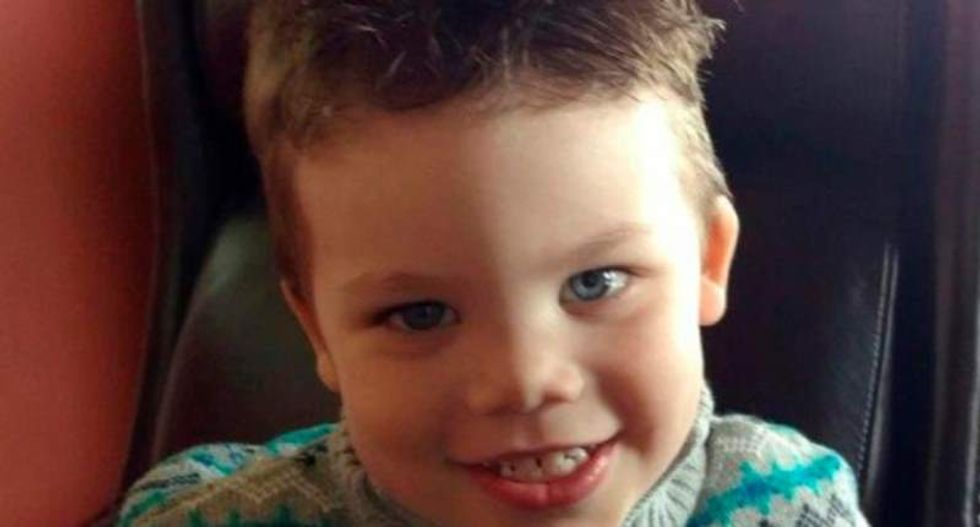 Lane Graves, a 2-year-old boy who was grabbed by an alligator in a lagoon at Walt Disney World. (Orange County Sheriff's Department via social media/Handout via Reuters)

Walt Disney World Resort in Orlando, Florida, plans to install signs warning of alligators in the area where a 2-year-old boy was killed by one of the reptiles, a source familiar with the matter told Reuters on Thursday.

Police divers recovered the body of Lane Graves on Wednesday from the man-made lake where he had been snatched by the alligator as he played at the water's edge the night before.

The resort had "No Swimming" signs where the boy was killed at the Seven Seas Lagoon, but did not specifically mention alligators. A source with knowledge of the situation said the resort now plans to install signs explicitly warning of the dangerous animals.

The boy was grabbed by the reptile at the water's edge at about 9:15 p.m. on Tuesday while his family, on vacation from Omaha, Nebraska, relaxed on the shore nearby, authorities have said. His parents, Matt and Melissa Graves, tried to save the child but were unable to free him from the alligator's grip.

A complete autopsy was conducted on Thursday afternoon on the body of the boy, which was found intact underwater.

"The cause of death was ruled as a result of drowning and traumatic injuries," the Orange County Medical Examiner's Office said in a brief statement. It did not elaborate.

Rose Silva, a spokeswoman for the Orange County Sheriff's Office, said on Thursday that a probe into the toddler's death was ongoing, but was not criminal in nature.

The Graves family released a statement praising local authorities and adding: "Words cannot describe the shock and grief our family is experiencing over the loss of our son. We are devastated and ask for privacy during this extremely difficult time."

The aquatic predators often roll their larger prey beneath the surface until their victim stops breathing, experts say, and then stash the body away to eat later.

Walt Disney Co Chief Executive Bob Iger spoke with the family by telephone on Wednesday and expressed his sympathies, the company said.

Disney spokeswoman Jacquee Wahler said on Thursday that resort beaches that were closed after the attack would be off-limits to guests until further notice.

"All of our beaches are currently closed, and we are conducting a swift and thorough review of all of our processes and protocols," Wahler said in a statement. "This includes the number, placement and wording of our signage and warnings."

Trappers killed and opened up five alligators on Wednesday for sign of the boy before his body was recovered.

The trappers remained at the lagoon on Thursday after removing a sixth alligator from the water late on Wednesday in an effort to find the one that snatched the child, said Greg Workman, a spokesman for the Florida Fish and Wildlife Conservation Commission.

The commission's executive director, Nick Wiley, has said there is a good chance they have already captured the alligator in question. But officials said the search would go on until that was proved by forensic tests such as DNA studies, teeth measurements and comparison of bite marks.

Workman said the commission also has wildlife officers on the scene around the clock. He said they are searching all day, but especially at night when alligators are more active because of cooler temperatures and less human activity.

Disney shares gained 11 cents to close at $98.38 on Thursday. Its Orlando resort is the most visited theme park in the world, drawing more than 20 million visitors last year.

The incident came ahead of Thursday's opening of the company's first theme park in China, a $5.5 billion project in Shanghai that boasts Disney's tallest castle.

The attack happened on a beach by Disney's Grand Floridian Resort & Spa, an upmarket property just one stop from the Magic Kingdom on Walt Disney World's monorail.

The hotel's website - showing rooms starting at $569 a night before taxes - says guests can enjoy diversions such as "bask on the white-sand beach."