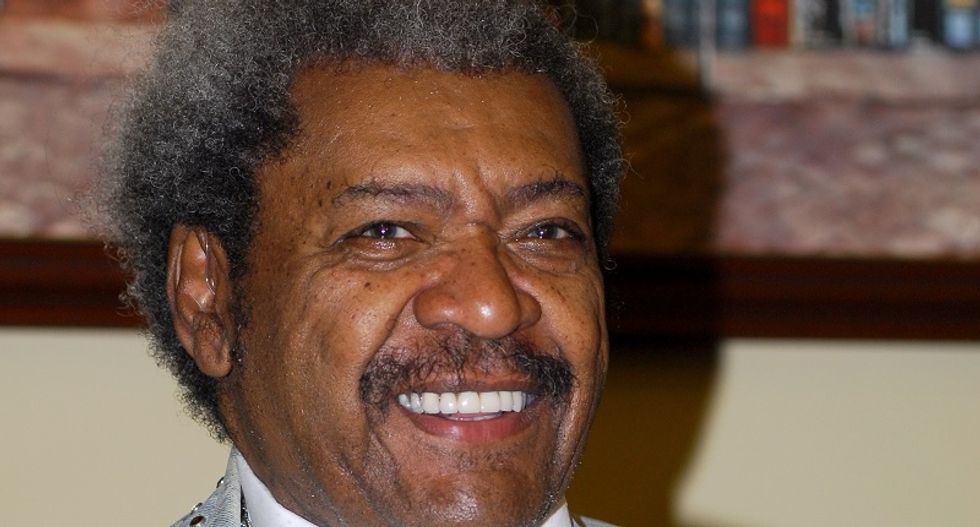 Boxing promoter Don King on Saturday walked back a denial that he had endorsed Republican candidate Donald Trump, BoxingJunkie reports.

Trump has been boasting on Twitter that King endorsed him, touting it as proof that he is not a racist.

Don King, and so many other African Americans who know me well and endorsed me, would not have done so if they thought I was a racist!
— Donald J. Trump (@Donald J. Trump)1465646426.0

When asked Friday during boxing legend Muhammad Ali's funeral, King said he had not.

He changed his tune on Saturday.

He said he believes Trump, who is his friend, can't be bought.

“Whether he becomes president or not, he has brought out all the hidden back-room, under-the-table conversations,” King told BoxingJunkie. “If they would vet our politicians and leaders who are trying to be president like they vet Trump, they wouldn’t have none of these problems."

He continued, “What I said is that with Trump calling all these people out, he (is showing he) can’t be bought, he can’t be controlled, the party can’t control him, he works for the will of the people. They are the only ones he has an obligation to. Because through the primaries, he was self-funded. They say he’s dividing and polarizing. No, it’s already polarized, it’s already divided. What he’s doing is exposing, he’s not polarizing. The Daily News got it wrong.”

Trump has been increasingly facing scrutiny over comments on race and has been criticized by members of his own party for what they call racism.

“Presidents have an impact on the nature of our nation, and trickle-down racism, trickle-down bigotry, trickle-down misogyny, all these things are extraordinarily dangerous to the heart and character of America," former candidate Mitt Romney told CNN this week, speaking about Trump.

King went on to say he thought Sanders should be Trump's vice president.

Watch King telling the Daily News he did not endorse Trump, here: