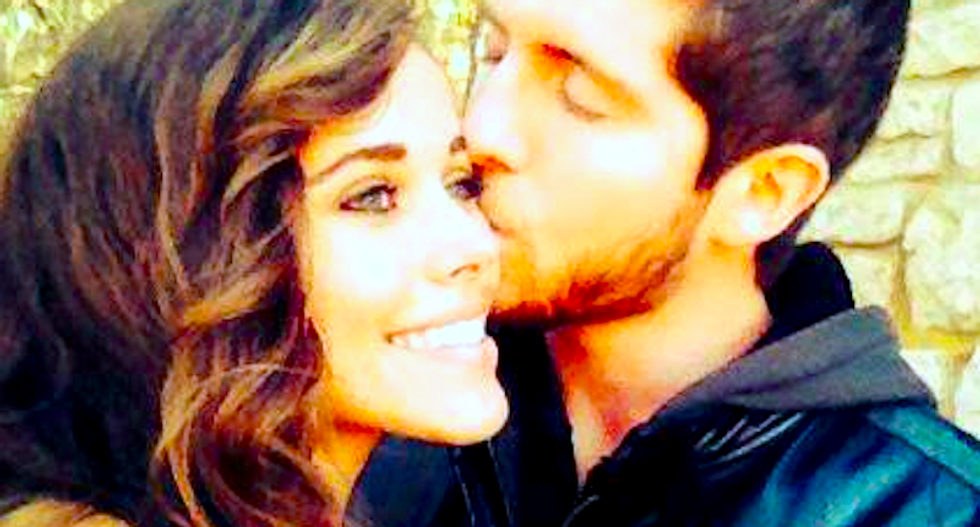 Reality TV star Jessa Duggar and her husband Ben Seewald are speaking out about the Orlando massacre at LGBT nightclub Pulse by quoting messages from anti-LGBT Christian leaders. Given the quotes' origins and the Duggar family's history of anti-LGBT activism and fear-mongering, not everyone is welcoming her input on the matter.

According to The Hollywood Gossip blog, Duggar drew fire from critics for posting a quote by antigay evangelical Christian Albert Mohler, the president of the Southern Baptist Theological Seminary in Louisville, Kentucky.

"This is when we show that Christians mourn with those who mourn. May the Gospel of Jesus Christ be evident as the only power greater than a broken heart," said the quote, which Duggar posted on Facebook.

Inquisitr.com said, "According to USA Today, Albert Mohler once called for Christians to boycott the weddings of gay friends and relatives because their attendance would signal 'moral approval' of same-sex unions. Mohler’s other controversial views include his belief that the Roman Catholic Church teaches a 'false gospel' and his opinion that it’s a sin to limit the number of children one has. In other words, Jessa Duggar chose a very controversial man to quote in response to the mass shooting in Orlando."

Seewald entered the discussion by posting a quote from Calvinist Baptist pastor John Piper that said, "Let it be said again. Through tears. Followers of Jesus lay down their lives to save others, not to slaughter."

Piper has also called on Christians to boycott same-sex weddings, saying the ceremonies are equivalent to a celebration of character flaws like “theft,” “drunkenness,” “swindling,” “greed,” or “adultery.”

The pastor maintains that “there is no such thing as a so-called same-sex marriage.”

Duggar has appeared in political ads supporting anti-LGBT crusader Sen. Rick Santorum (R-PA) and her mother Michelle lent her voice to a scare-mongering series of robocalls in Arkansas aimed at preventing the city of Fayetteville from passing a nondiscrimination ordinance.