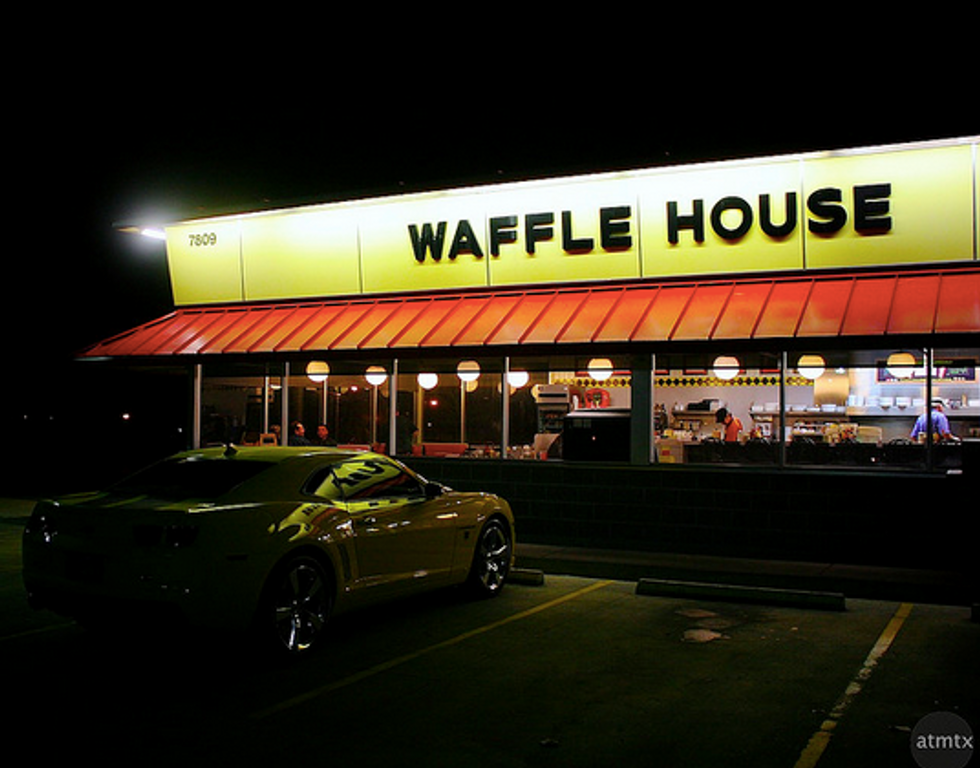 An ex-housekeeper for the chairman of Waffle House and two of her attorneys have been indicted in Georgia on charges they conspired to extort the executive during a four-year legal battle over secretly recorded video of sexual encounters.

The indictments are the latest twist in a dispute that began in mid-2012 after Mye Brindle resigned following more than a decade as housekeeper and then personal assistant for Joe Rogers Jr., head of the Norcross, Ga.-based restaurant chain.

Prosecutors allege a sexual encounter between Brindle and Rogers in his bedroom was illegally recorded on video and the lawyers used that video in an effort to force Rogers to pay millions of dollars to prevent its release.

Secretly recording a citizen in his own bedroom is an eavesdropping felony in Georgia that can carry a prison sentence of up to five years, prosecutors said.

A spokesman for Brindle's counsel said on Saturday the attorneys have "zealously represented" Brindle as a victim of sexual abuse by an employer and the charges would be found to be false.

"Yesterday's indictment sends a chilling message to victims of sexual abuse and those who seek to help them attain justice," said the spokesman, who requested anonymity.

Rogers said he looked forward to "justice being served" in the criminal and civil cases.

"They have attempted to use the legal system to cover their tracks and follow through on their threats of 'media attention,' 'injurious publicity,' and 'protracted litigation,'" Rogers said in a statement.

Brindle, who resigned in late June 2012, has accused Rogers of requiring her to perform sex acts on him to keep her job. Her attorneys have said Rogers retaliated against her and them through civil lawsuits and bar grievances.

A civil court previously found Brindle recorded a video of her and Rogers engaging in sexual activity at his home without his knowledge days before she resigned.

Brindle's attorneys sent Rogers a letter in July 2012 that referenced video recordings of their sexual encounters and said "sensitive type matters involving claims of a sexual nature" are best resolved early and outside litigation.

In a mediation session Brindle's lawyers demanded $12 million. Rogers then sought a court order to block any video releases and Brindle filed her sexual harassment lawsuit.

(Reporting by David Bailey in Minneapolis; Editing by Dan Grebler)