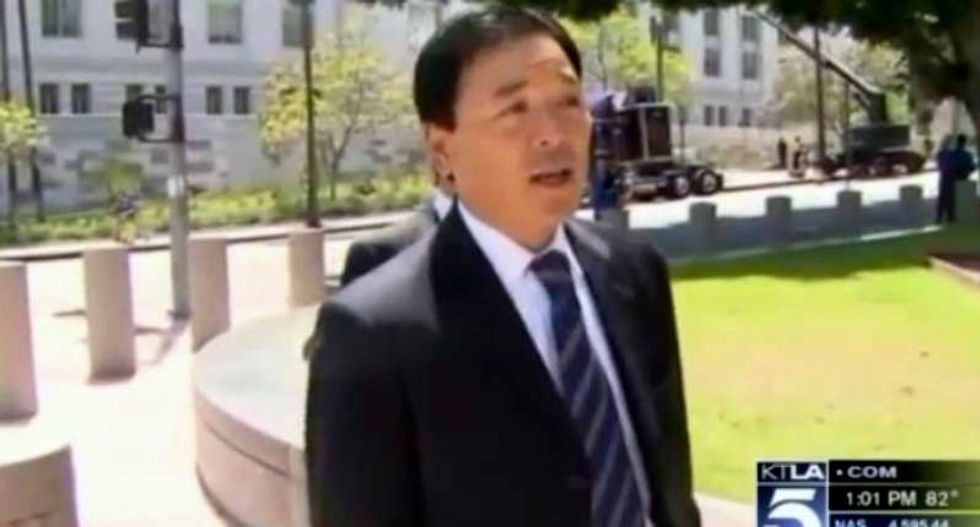 The former second-in-command of the Los Angeles County Sheriff's Department was sentenced to five years in federal prison on Monday for his role in trying to thwart an FBI probe of corruption and abuse in the country's largest county jail system.

Paul Tanaka, 57, who retired as undersheriff in 2013, was found guilty in April of conspiracy and obstruction of justice charges stemming from a lengthy investigation that led to convictions of 21 current and former law enforcement officers.

Among them are Tanaka's onetime boss, former Sheriff Lee Baca, 74, who pleaded guilty in February to a charge of lying to federal investigators. He faces sentencing next month.

Tanaka, who ran unsuccessfully for sheriff in 2014 before his indictment in May of last year, was ordered by U.S. District Judge Percy Anderson to begin serving his 60-month prison term in August.

Prosecutors said Tanaka was the ringleader in attempts to cover up prisoner abuse and other wrongdoing at two downtown Los Angeles lockups by concealing an inmate informant from FBI agents, threatening one FBI agent with arrest and tampering with witnesses.

In sentencing Tanaka, Anderson said the former lawman also was to blame for perpetuating widespread excessive use of force by sheriff's deputies against jail inmates.Defense lawyers for Tanaka, who also served as mayor of suburban Gardena, argued during his 10-day trial that it was Baca who orchestrated efforts to undermine the FBI inquiry.

Baca pleaded guilty to making a false statement to investigators, an offense that carries a maximum penalty of five years in prison. But prosecutors have agreed to seek a jail term of no more than six months, in part because the former sheriff has been diagnosed with suffering from the early stages of Alzheimer's disease.