Former lover: Orlando shooter targeted Pulse because 'that's where he was hurt the most' 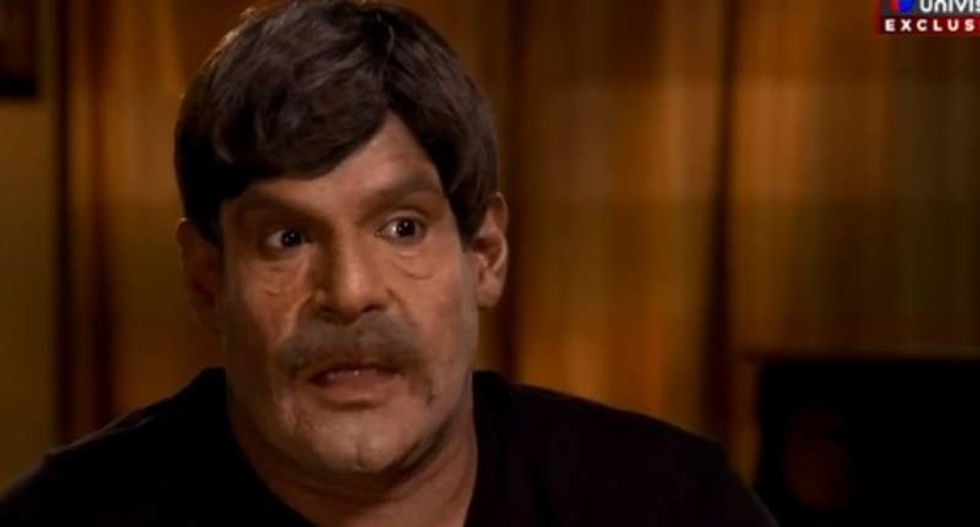 A man identifying himself as "Miguel" discusses his alleged relationship with Omar Mateen on June 21, 2016. (Univision)

A Florida man identifying himself as a "friend with benefits" of Orlando mass shooter Omar Mateen told Univision on Tuesday that his assault was an act of revenge.

"Pulse is where he was hurt the most," the man told network anchor Maria Elena Salinas. "From the conversations we had, Pulse is where he felt used, rejected. He frequented that club because, as I said earlier, he liked the Latinos."

The man, who identified himself as "Miguel," appeared on camera in heavy makeup and his voice was dubbed. Univision confirmed his allegation that he had met with federal officials following the massacre, in which Mateen killed nearly 50 people and left more than 50 others injured.

"Why don't you want to reveal your identity?" Salinas asked.

"The first thing that will happen is, his father won't like what I'm saying," he replied. "Second, ISIS will be after me."

According to Miguel, he met Mateen through a gay dating site and had between 15 and 20 encounters with him at a local hotel during the last three months of 2015. Univision reported that a hotel staffer confirmed that Miguel stayed there during that time period, and also said Mateen "looked familiar."

However, Miguel said, Mateen never identified himself by his real name, and instead described himself as a married man with two children. Miguel told Univision that he believed Mateen's wife, Noor Salman, was aware of the relationship and that the marriage was a way for him to cover up his sexuality.

"We had oral sex," Miguel said. "As far as the other kind, there was an attempt. But when he told me he didn't use condoms and that he didn't want me to use them, I put a stop to it."