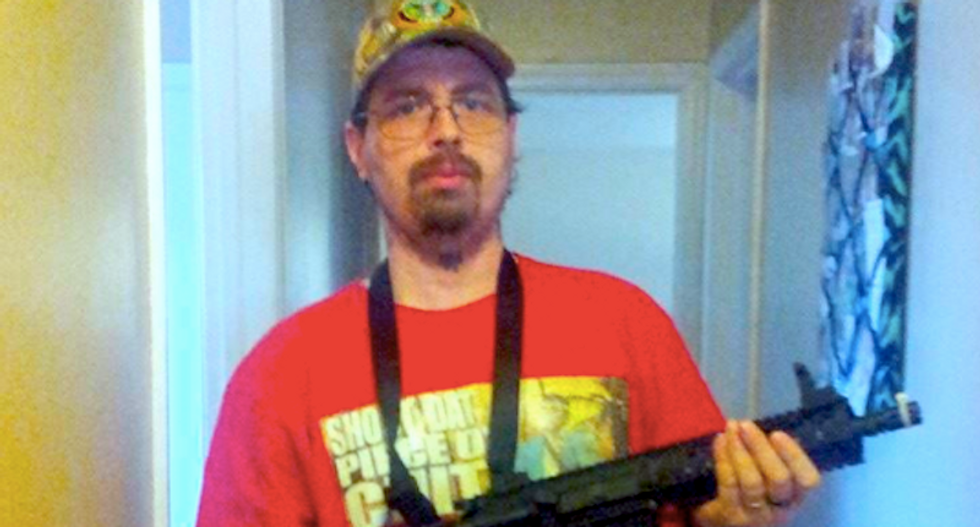 A South Carolina man got probation -- but no jail time -- for helping to organize a violent plot against a Muslim community and then lying to investigators about his role.

William Tore Tint, of Travelers Rest, pleaded guilty in September to making false statements to the FBI about a plot to burn down a mosque and kill residents of Islamberg, a small Muslim enclave in upstate New York that has been vilified by Sean Hannity and other conservative commentators, reported WYFF-TV.

Robert Doggart, a Tea Party activist and failed congressional candidate, pleaded guilty in May 2015 to one count of interstate communication of threats -- and he, too, avoided prison despite gathering weapons, ammuntion and explosives to use in the plot and recruiting snipers through social media and by telephone.

However, a federal judge rejected the plea and Doggart was indicted on a new charge of solicitation to commit a civil rights violation by intending to damage or destroy religious property.

He faces up to 10 years in prison if convicted, and he was released on bond over the government’s objections as long as Doggart agreed not to use alcohol or pain medication and to undergo psychiatric evaluation for depression and an unspecified personality disorder.

The 64-year-old Doggart was recorded speaking to Tint about his willingness to die while burning down a mosque, school and other buildings in Hancock -- where law officers are frequently called to investigate right-wing rumors.

“So sick and tired of this crap that the government is pulling that we go take a small military installation or we go burn down a Muslim church or something like that,” Doggart told an FBI informant in another recording.

Doggart faced up to five years in prison and fines up to $250,000, but the ordained Christian minister was released to home detention until his sentencing on $30,000 bond and ordered to undergo psychiatric treatment and abstain from alcohol or drug use.

The 42-year-old Tint was sentenced Thursday to three years' probation -- and Muslims in the rural community said the leniency made them even more of a target.

"We are in more danger than before," said Faruq Baqi, a spokesperson for The Muslims of America, which operates Islamberg.

Baqi said the "soft handling" of Tint and Doggart would "embolden" others to carry out violent attacks against the Muslim community, which has been described on Fox News and other conservative media outlets as a terrorist training camp.

The Muslims of America, Inc., filed a civil lawsuit against Doggart, Tint and nine others involved in the violent plot.

Islamberg was founded in accordance with the teachings of Pakistani Sufi cleric Mubarik Ali Shah Gilani, who urged Muslims to leave cities and establish rural communities centered around religious life.

An anti-Muslim activist from Arizona drove across the U.S. last fall with a gun to confront residents of Islamberg after a Muslim journalist compared his militia group to the Taliban.

The FBI issued an alert in November for Jon Ritzheimer, a Donald Trump supporter from Phoenix, but New York state troopers let him go with a warning.

Ritzheimer, who organized anti-Muslim rallies in his hometown, was arrested in January for his role in the armed occupation of the Malheur National Wildlife Refuge with Ammon Bundy and other right-wing militants.