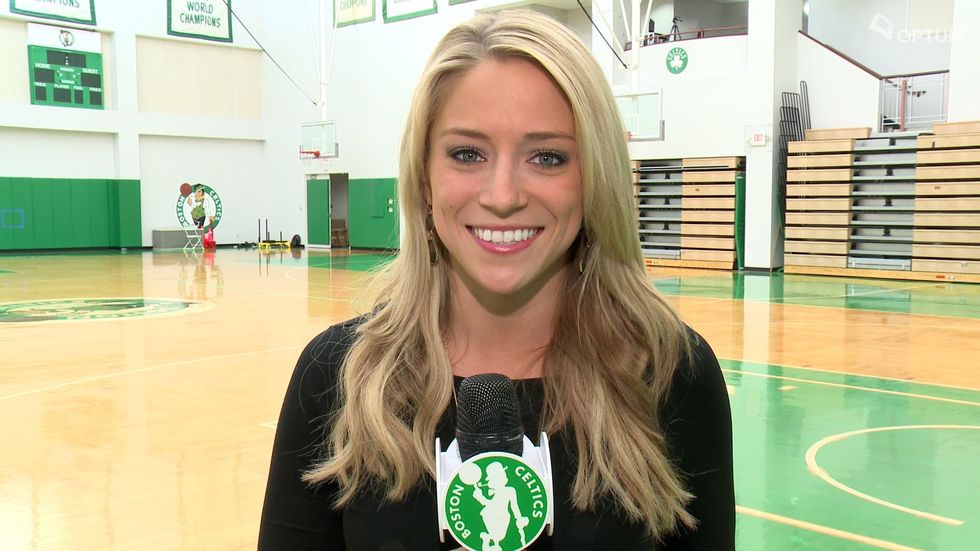 Reporter Emily Austen has been taken off the air by Fox Sports after she was caught on video making racist comments about Mexican, Jewish and Chinese people.

While participating in a Facebook video broadcast for Barstool Sports, the 27-year-old sports reporter and others appearing on the show mocked 18-year-old Mayte Lara Ibarra, who recently revealed that she was her high school's valedictorian and an undocumented immigrant.

"I didn't even know Mexicans were that smart," Austen quipped to her co-hosts during the Barstool Sports broadcast.

She also asserted that "the Chinese guy is always the smartest guy in math class" and that Jewish people are "stingy."

As a result of the tirade, Fox Sports said that Austen, who is a contract employee, would not be participating in future broadcasts.

"We were made aware that Emily Austen appeared in a social media video unaffiliated with Fox Sports in which she made insensitive and derogatory comments," Fox Sports Florida General Manager Steve Tello said in a statement. "She was not speaking on behalf of Fox Sports, nor do we condone any of the statements she made in the video. Emily has been advised that her comments were unacceptable, and she is not scheduled to appear on any upcoming Fox Sports Florida or Fox Sports Sun broadcasts."

Austen's comments appear in the video below after the 24 minute mark.