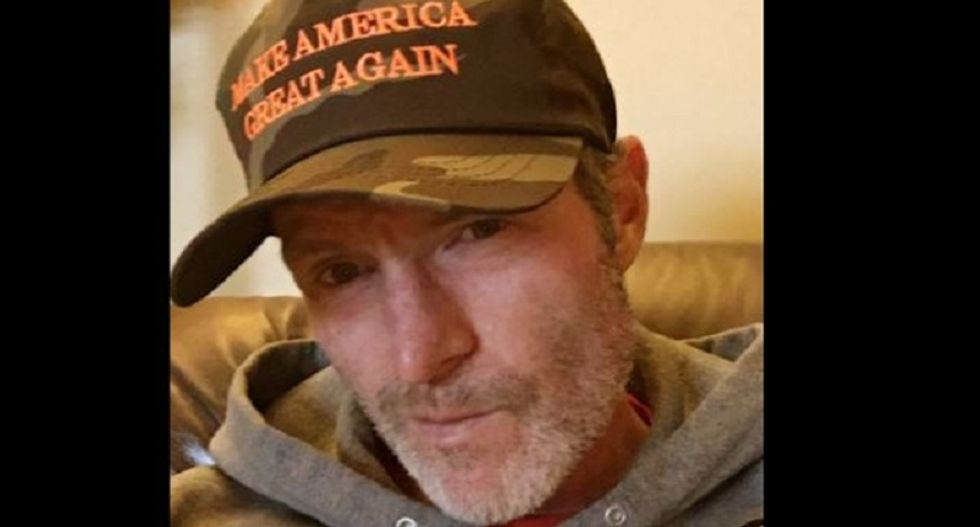 With the wave of anti-trans bathroom bills and GOP lawmakers vowing to defy last year's Supreme Court ruling legalizing same-sex marriage nationwide, it may seem clear to most that the Republican party does not support the LGBT community.

Nevertheless, Chris Barron, founder of GOProud, is trying to convince the LGBT community that voting for Republican Donald Trump would better serve them than voting for Democrat Hillary Clinton, Towleroad reports.

"I have no doubt that Donald Trump would be better for LGBT Americans," Barron told CNN. "Hillary Clinton wants to continue a reckless foreign policy that has made the world less safe for all Americans, including LGBT Americans. She can find plenty of time to crucify Christians in the U.S. for perceived anti-gay bias, but when we've got ISIS throwing gay people off of buildings, when we have Muslim states that are prescribing the death penalty for people who are gay, I would think this would be something that a friend of the LGBT community would be able to speak out on, and Hillary Clinton finds it unable to do so."

It's an uphill battle, CNN points out, as the Republican party platform opposes same-sex marriage and GOP politicians have made no secret of their disdain for the LGBT community. LGBT voters overwhelmingly backed President Barack Obama in 2012.

“Donald Trump has pledged to undo marriage equality," Savage told Chris Hayes. "Donald Trump is the enemy of the LGBT community just as he is the enemy of the Muslim community. And beating up on what is, in the United States, a vulnerable minority group isn’t the way that you impress other members of other vulnerable minority groups to win their support.”

During his Twitter tirade responding to the Orlando shooting at a gay nightclub that left more than 100 people dead or wounded over the weekend, Trump vowed to "fight" for the LGBT community. But Trump has also worked to gain favor with Christian evangelicals, a core GOP voting bloc.

CNN reports that Trump told the Christian Broadcasting Network that Christian voters can "trust" him to defend "traditional marriage."

"Frankly, there were issues where I disagreed with Donald Trump and still do," Barron told CNN. "But elections are always about choices, and the choice this election is that either Hillary Clinton is going to be the next president of the United States or Donald Trump is, and for me, that's a no-brainer, that's an easy one. It should be Donald Trump," Barron said. "Lots of people said lots of things during the primary process on all sides of it. Certainly what I said, yeah, it got incredibly heated. Was I alone in that? No, hell no. Was I the only Republican who said things about the Trump during the primaries that is now supporting him? Absolutely not."

Barron himself has a flip-flopping history with Trump. CNN dug up tweets in which he condemns the Republican candidate -- and a tweet where he sports a Trump "Make America Great Again" cap.