George Takei has a warning for the NRA from the LGBT community: ‘You don’t want to mess with us’ 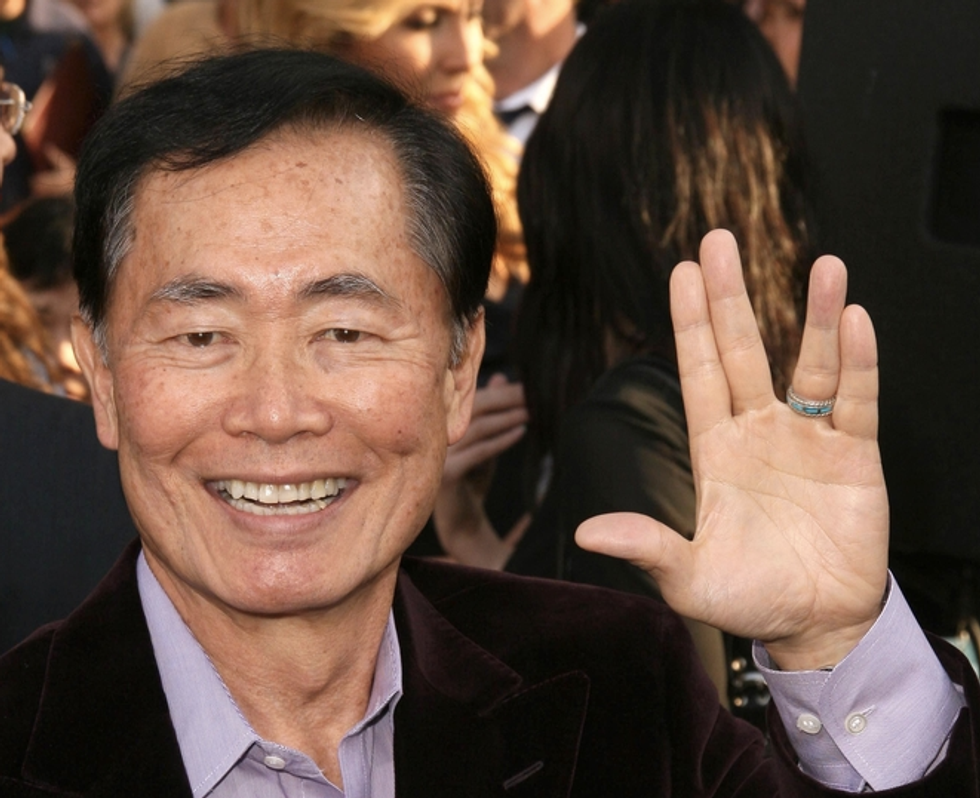 George Takei is not just famous for playing Star Trek helmsman Hikaru Sulu. He is also a fierce activist for LGBT rights.

On Tuesday, Takei penned an op-ed for the Daily Beast in which he argued that the fact the LGBT community was the target of Sunday morning's terrorist attack in Orlando could mean the National Rifle Association may not find it so easy any more to block gun safety regulation.

"Now this latest and most deadly attack has targeted a group that has spent the last few decades learning how to organize, fight for, and protect its rights," Takei writes. "Perhaps, then, the next chapter of LGBT history might not be just about the struggle to gain equality for ourselves, but also how we might help lead this country towards a collective right to participate and live free of fear and terror, and ultimately toward a common-sense, permanent ban on weapons designed for mass slaughter."

Takei discusses the conundrum of trying to protect constitutional rights while the Second Amendment goes untempered.

"[T]he asserted right of citizens to own, purchase, and sell semi-automatic firearms runs headlong into our right to participate in civil society without undue fear of being targeted or killed," he writes. "We appear to face a choice, because one freedom seemingly cannot be protected without limiting the other."

Takei points out that even the freedom of speech, a bedrock of American civic structure and society, is tempered by consideration for public safety, which means you can't yell "fire" in a crowded movie theater or make libelous statements and expect to be protected by the First Amendment.

But with guns, it's murkier, thanks to lobbying efforts by the NRA.

"Somewhere between a protective home handgun and a machine gun-toting terrorist lies the harder question of what to do about the rest, such as the semi-automatic weapons of choice used by recent mass killers," Takei writes.

He then points out that with the Orlando massacre comes a higher public profile of homegrown terrorists.

"Restricting their ability to obtain dangerous weapons domestically thus is as vital as diminishing and destroying their bases and influence overseas," he points out.

"Like it or not," Takei concludes, "this history and this obligation have been thrust upon us, and we must now rise to its challenge. For if there is one group in this country with more will, more experience, and more tenacity than the NRA, it is the LGBT community.