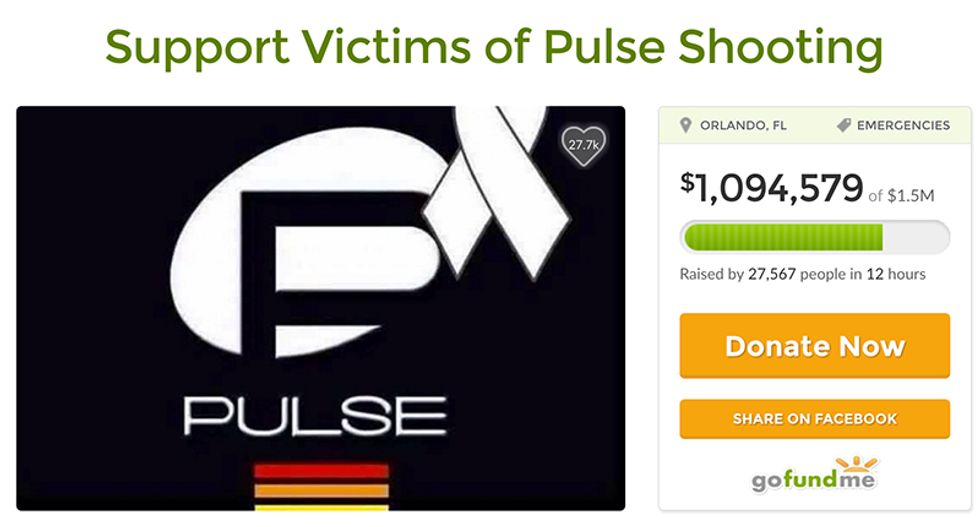 Not long after the Orlando shooting at the LGBT nightclub Pulse, Equality Florida put together a GoFundMe page for the victims families. It has raised more than $1 million in just 11 hours with more than 25,000 donors. The initial goal of just $25,000 was reached in less than an hour.

Ida Eskamani, the Equality Florida staffer, told CNN that the organization was "overwhelmed" with inquiries from those who wanted to contribute in the wake of the tragedy.

"We're going to make sure every penny raised goes to supporting these victims," Eskamani said.

The organization will be working with attorneys who help distribute proceeds in the wake of the Aurora and Chattanooga tragedies.

A $30,000 contribution was given from Executive Pride, an organization that promotes LGBT rights in the business community. Cricket Wireless was another large donor with a $25,000 donation. However, the vast majority of the donations came from people who gave less than $1,000.

You can donate to the page here.