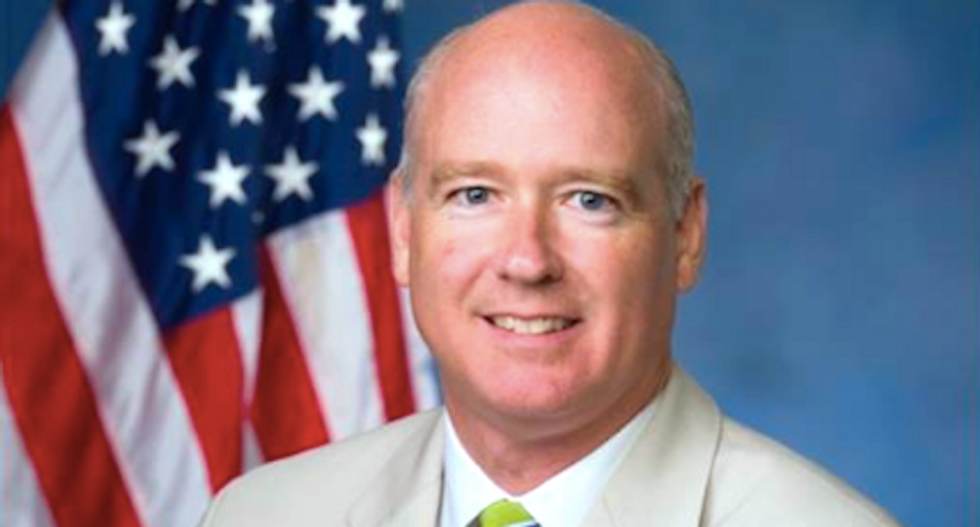 An NRA-funded Alabama Republican defended his vote against a ban on gun sales to suspected terrorists shortly before a gunman who had twice been investigated for terrorism links massacred more than 50 people at a gay nightclub.

U.S. Rep. Robert Aderholt (R-Alabama) criticized a proposed amendment three weeks ago to a 2017 funding bill bill that would prohibit firearms sales to individuals listed on the federal terrorist watch list, saying it would be a superficial solution, at best, reported AL.com.

The ban might sound reasonable, Aderholt said, "but like many liberal solutions, they are only skin deep."

"The reality is many people find themselves on the terrorist watch list by mistake," the lawmaker said. "Something as simple as a mix up of a birth date can put someone on the list and the process to remove a name can take months or even years."

Omar Mateen, the 29-year-old gunman, legally purchased a military-style rifle and handgun in the last 12 days, after he had been investigated twice by the FBI and listed for a time on the terrorist watch list.

Aderholt blamed the mass shooting at Orlando's Pulse nightclub on President Barack Obama and "political correctness," and then begged the media and Democrats not to politicize the massacre.

“I was sad to hear about the terrorist attacks in Orlando, on American soil," Aderholt said. "This and other attacks we have seen, prove that we do not have the luxury of debating the political correctness of 'radical Islam.' We need to focus on these and other terrorists and do whatever it takes to identify and hunt down those who would do us harm."

Aderholt, who received $2,500 from the NRA during his 2014 campaign, said "it was disheartening" to hear the president and the media suggest that stricter gun laws could prevent mass shootings.

"Terrorists by their very definition are criminals and will find a way get their hands on guns," he said. "What the president is proposing would take guns away from the very people who would defend themselves."

“That said, it is too soon to inject politics into the discussion. The White House and Congress should focus on the task at hand - protecting the homeland,” Aderholt added.