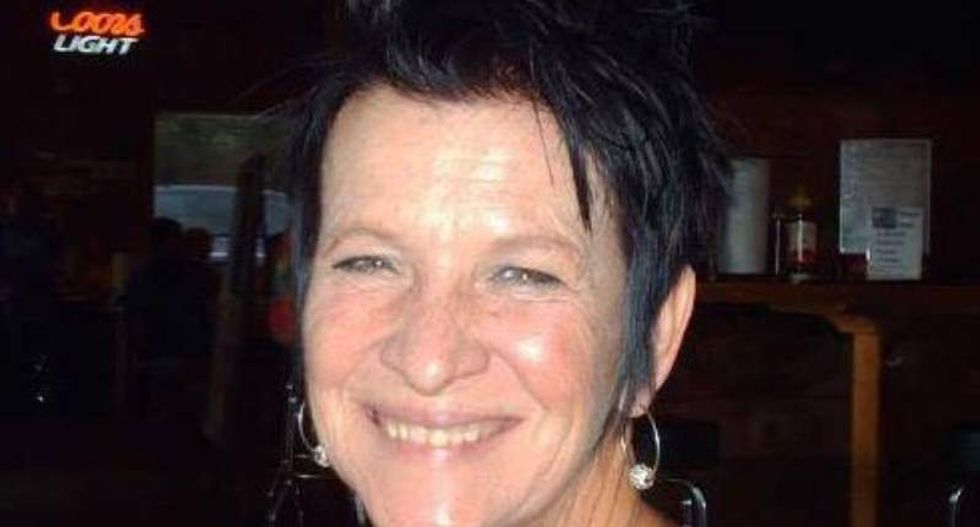 The US Postal Service is investigating threats made online by a woman identifying herself as one of its mail carriers, Buzzfeed reported.

The woman identifying herself online as Catherine An Ray threatened to tamper with mail on Monday after sharing a post by anti-Islam activist Pamela Geller complaining about the release of a stamp commemorating the Muslim holiday of Eid.

"[As] A US Mail Carrier I can personally assure everyone here that anything with this stamp on it will be lost or destroyed in the system before is [sic] makes delivery," Ray wrote. "Guaranteed. Happy Ramadan."

A screenshot of the post can be seen below: 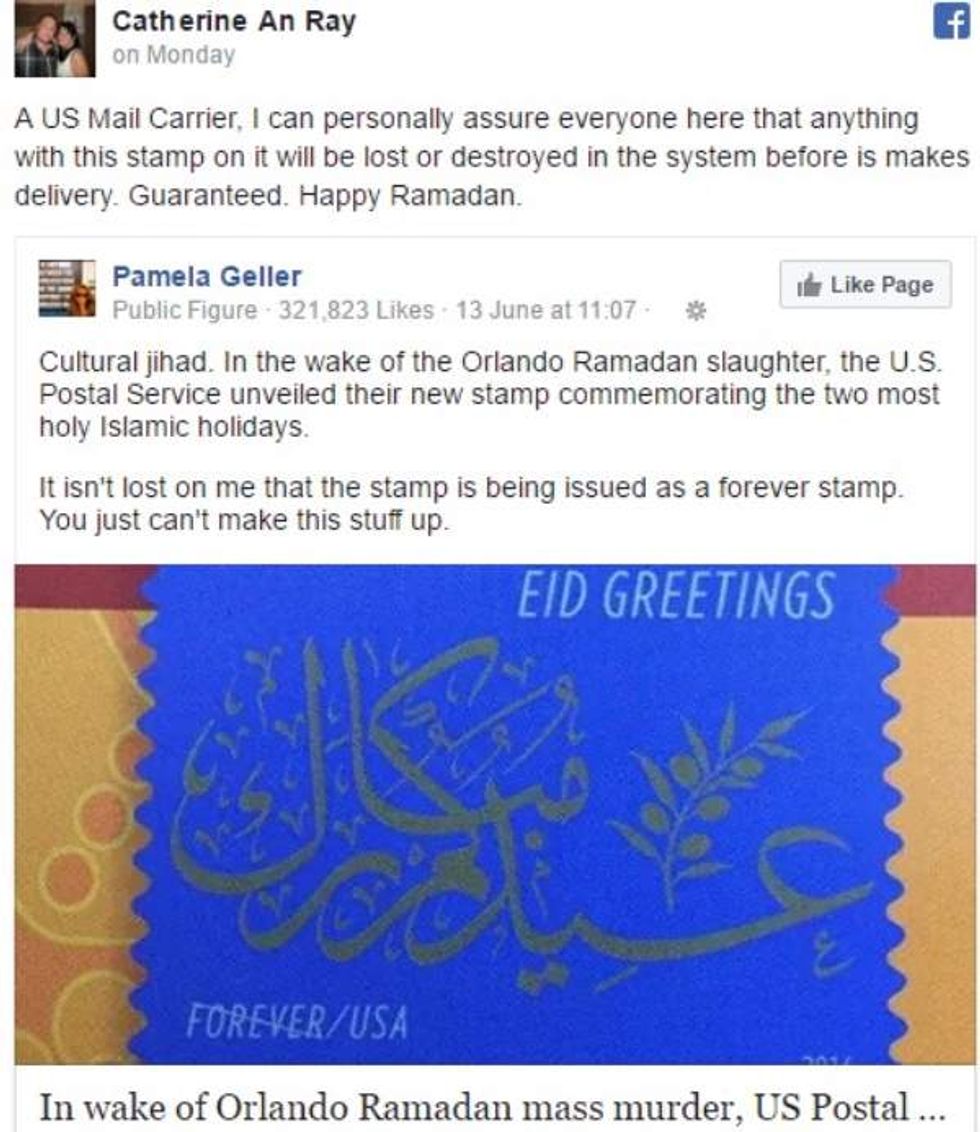 Delaying or destroying mail constitutes a federal offense. A spokesperson for the USPS, Toni DeLancey, told Buzzfeed that it would at the very least mean termination for any employee who refused to deliver mail.

"At this time we cannot confirm if the person involved in this matter is a postal employee," DeLancey said. "But we can assure you that the incident is being fully investigated and that the Postal Service will take whatever action is appropriate."

Ray's Facebook feed reveals several anti-Islam statements, as well as her support for presumptive Republican presidential candidate Donald Trump, who has called for an immigration ban against Muslims. Screenshots from her page can be seen below. 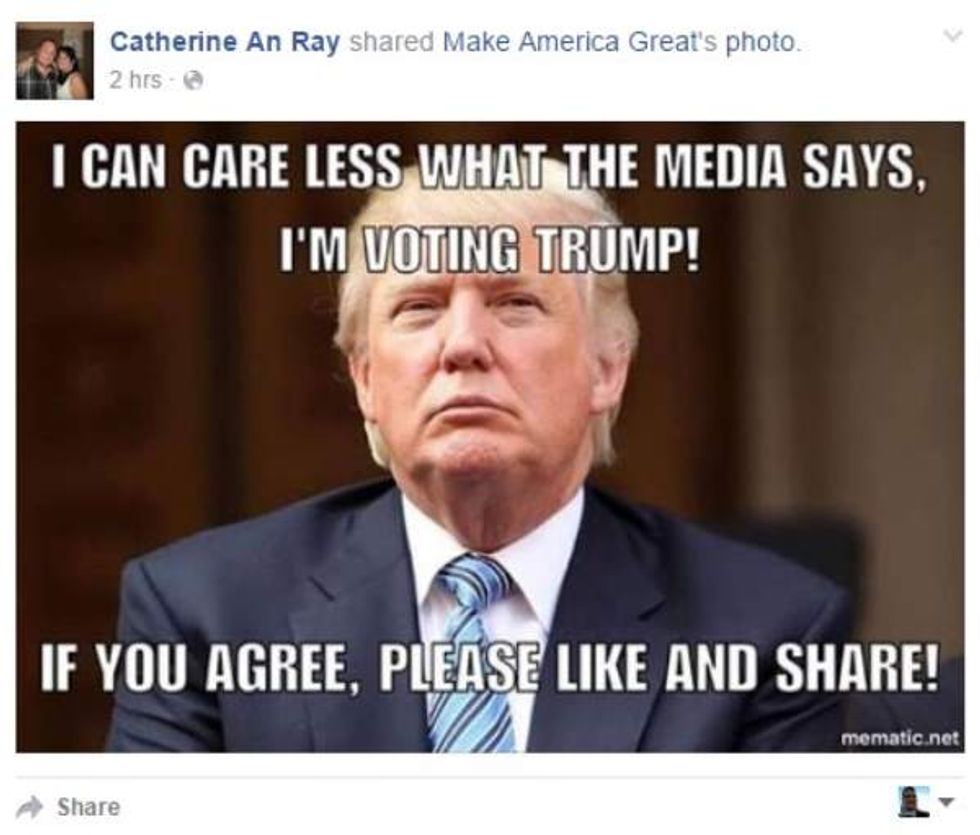 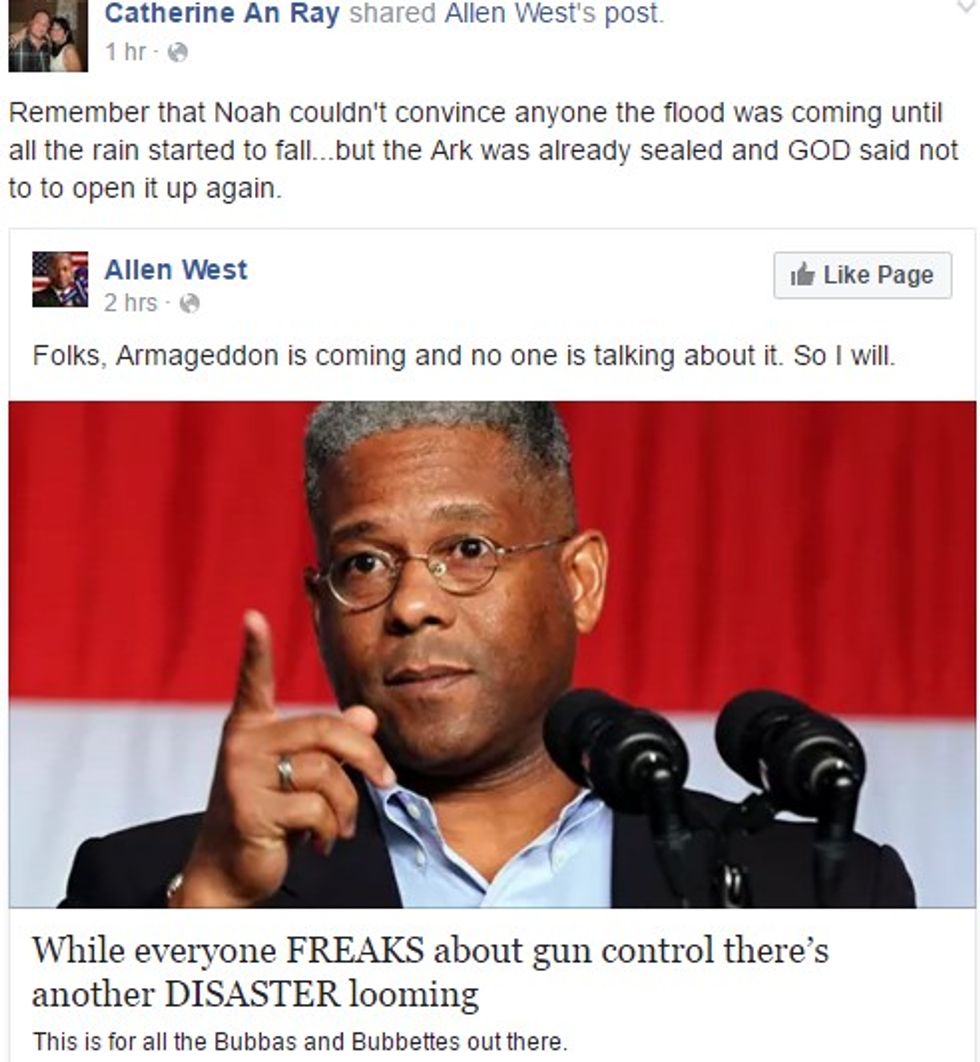 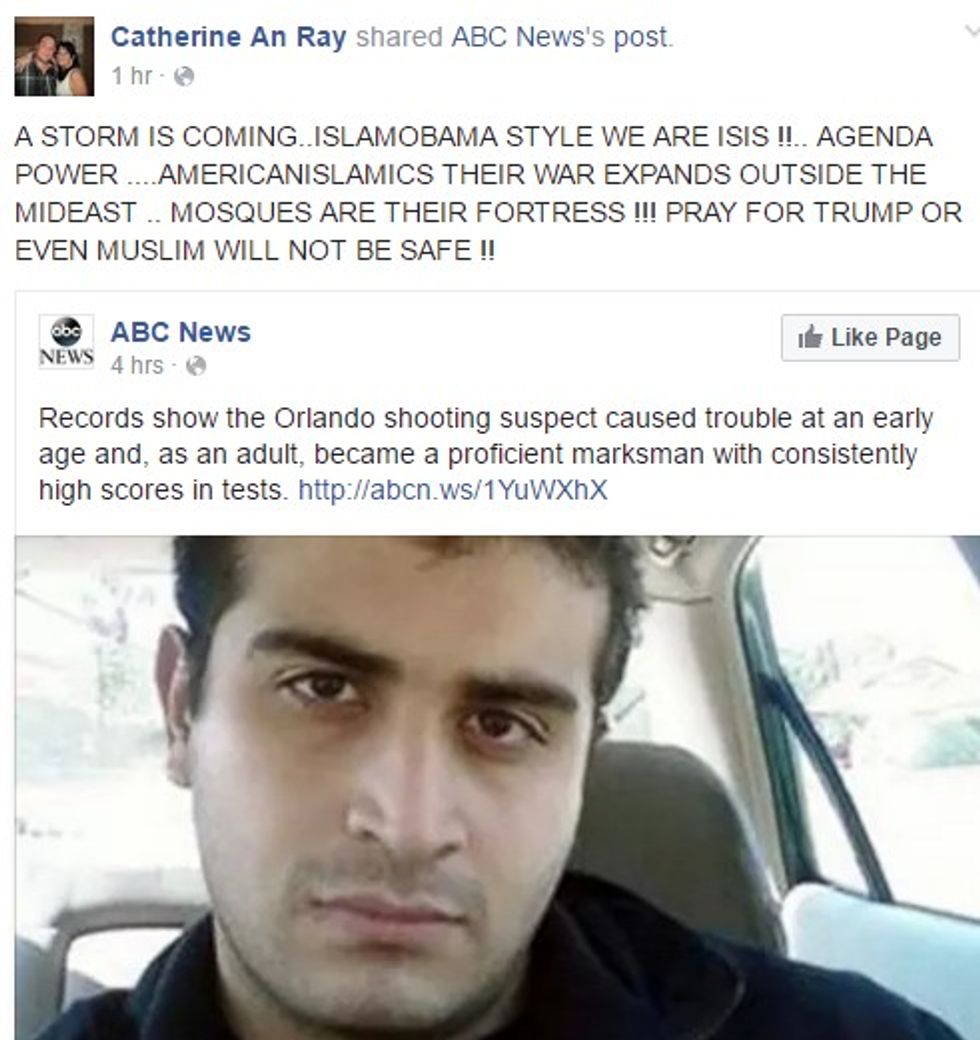 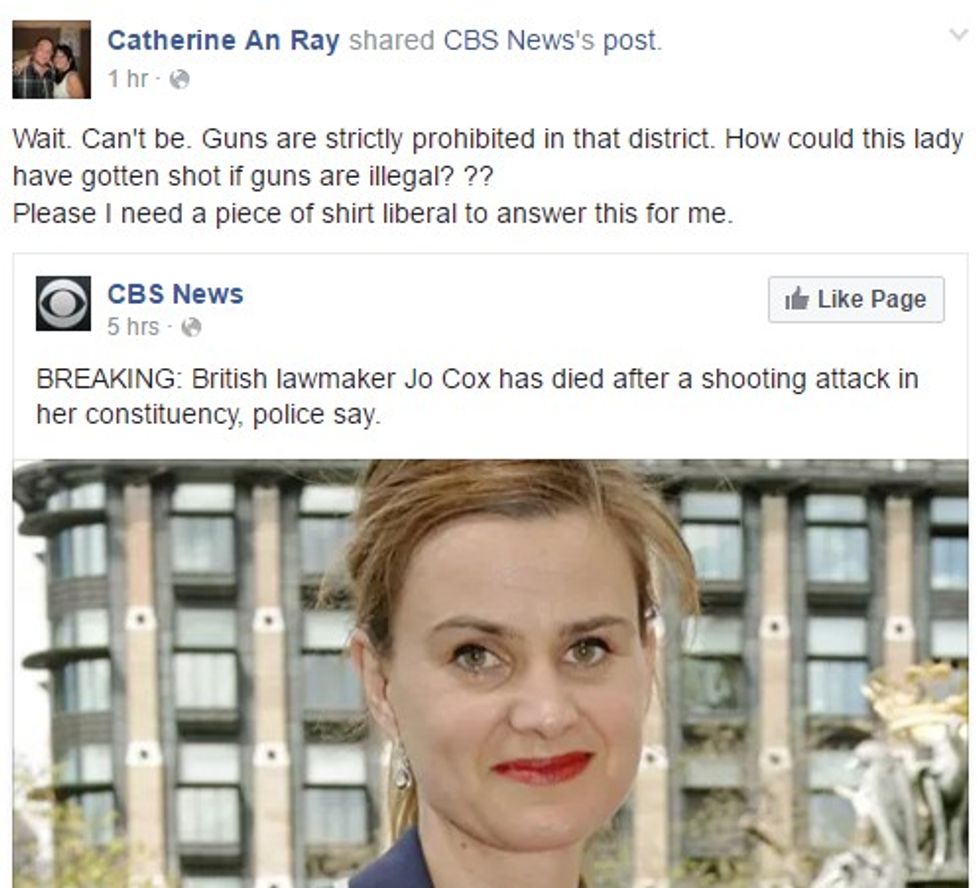