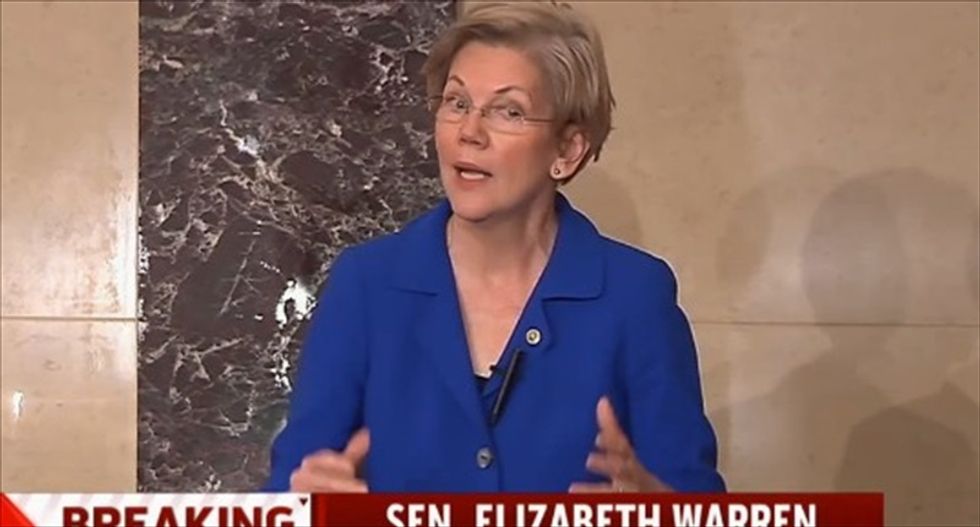 "He thinks Warren is a good choice to unify the party," an anonymous source said of Reid's reasoning. Reid is also reportedly "promoting" the senator as a running mate for the party's front-runner, former Secretary of State Hillary Clinton.

State law requires that when a Senate or House member gives up their seat, a special election must be held within 145 to 160 days of their departure, during which time Gov. Charlie Baker (R) is allowed to appoint an interim successor. However, that report allegedly found that they can set their own resignation date in a letter filed to state officials.

"In theory, Warren could file such a letter 145 days before the Jan. 20, 2017 inauguration and successfully block Baker from picking any temporary replacement," the Globe stated. "But that would expose Warren to a potentially awkward position. If Clinton lost the November election and Warren wanted to keep her Senate seat, she would have to make the politically difficult decision of rescinding her planned resignation — or run for an open seat that she created."

Warren has not responded to the reports, and has stated that she would finish out her current term, which runs until January 2019. Reid had previously said he opposed the idea of Clinton choosing a running mate from among Democratic senators in states with Republican governors.