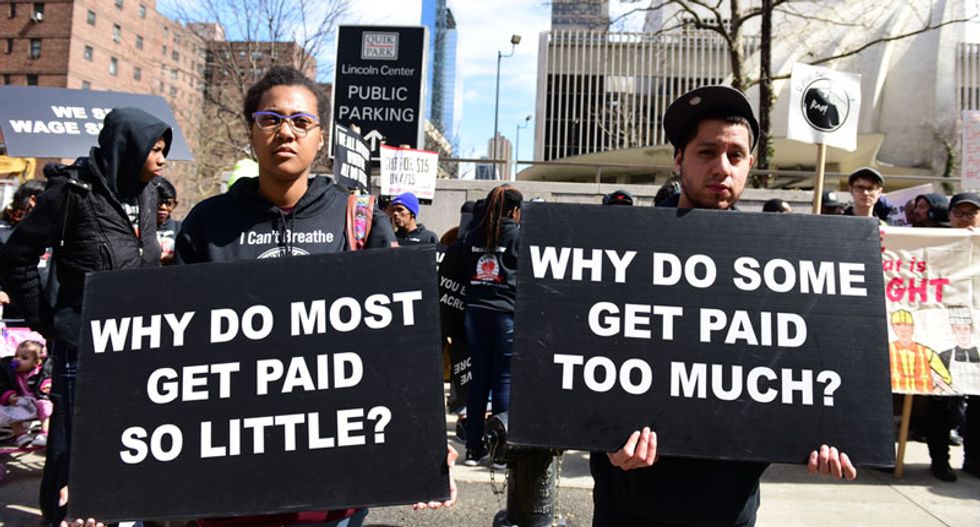 Walk down once-gritty neighborhood streets in many American cities and the telltale signs may be all around you. The coffee bar on the corner selling $5 latte macchiatos. The high-rise luxury condo building going up at record speed. The cocktail bar, the artisan pastry shop.

This is urban gentrification in action, the process by which middle- and upper-middle-class populations move into formerly lower-income neighborhoods, attracted by cheaper housing (and fleeing expensive housing in more affluent areas), transforming the area, driving costs up and forcing lower-income residents out. Nationwide, the percentage of rental increases have been double the percentage of wage increases, and according to a Macarthur Foundation report, renters are compensating by taking second jobs or running up debt by paying other expenses on their credit cards.

Surprisingly, a study in 2015 by Governing Magazine found that gentrification, as a national problem, is actually less pervasive than portrayed in the media. Focusing on neighborhoods whose median income and median home value from the 2000 Census was in the 40th percentile of all neighborhoods in the cities studied, results showed that only 8% of neighborhoods nationwide have experienced significant gentrification. A stroll down the less affluent streets of cities like Las Vegas, Rochester and El Paso would confirm that fact.

In nine out of 10 cities, gentrification has been almost nonexistent. Even in Detroit, where hipster artists are supposedly a vanguard of urban renewal, gentrification is not particularly widespread (less than 3% of the neighborhoods have gentrified).

If there is a Ground Zero of American gentrification, Portland, Oregon would be the place. Already the whitest city in the United States, almost 60% of Portland’s lower cost neighborhoods have experienced gentrification since the 2000 Census. Northeast Portland in particular has been a destination for young professionals since the 1990s, and several formerly African-American neighborhoods have been transformed, becoming whiter and more affluent and forcing former residents to the fringes of the city. With incomes remaining flat over the last decade, and rents rising (more than 15% in 2015) as professionals flock to the city, a housing crisis looms in Portland, with a vacancy rate of only 3%, one of the country’s lowest. Houses too have increased in price, by 10% in 2015. Not far behind Portland in the gentrification race are Washington, D.C., Minneapolis, Seattle, Atlanta, and Denver.

The aforementioned cities have been routinely cited as major centers of gentrification, but there are some surprising entrants in the gentrification race, urban centers where housing costs are also creating a crisis for poor residents. If you are thinking of moving here, you may want to make sure the bank account is solid.

While it is not entirely surprising that the bar-laden, rock ‘n rollin’ college town of Austin would be a destination for an affluent segment of the population, the numbers are pretty staggering. Between 2000 and 2010, the African-American population around the city’s historically black Huston Tillotson University has fallen by 60%. The Latino population has declined by 33%. Meanwhile the white population has increased by a whopping 442%. Fred McGhee, an urban and environmental anthropologist, told the Texas Observer, in regards to Austin urban planning, “The drop in African Americans was not an accident. The number one gentrifier in the city is the city itself.” Once literally known as the Negro District, the area is now 40% white, and the black residents are being increasingly priced out of the market. Condos and apartment buildings are popping up everywhere, driving up rents and house prices as developers cash in on the area’s trendiness. Rents in Austin are up by 7.5% year to year, averaging now around $1200 a month. Millennials relocating to the city are taken aback. “They arrive expecting to apples-to-apples between a city like Denver and Austin, and it’s an eye-opener and reality check,” Jim Gattis, a real estate agent, told the Austin American-Statesman. “At first they want to live in Central Austin, and then it’s ‘Holy cow, I can’t afford anywhere in Austin.’”

Thirty percent of Sacramento’s poor neighborhoods are gentrifying, and black neighborhoods like Oak Park are seeing the effects. Businesses catering to African-American residents are being replaced by places like Capital Floats, where you can float in a flotation tank for an hour for $65. Health bars, coffee shops and high-priced boutiques are peppering the neighborhood. A two-bedroom apartment can now cost $1500 a month, and some houses over $400,000. While true that urban blight is being removed, chain link fences replaced by white picket fences, so to speak, and home sales are increasing (by 10% last year), higher prices are threatening to price out the longtime residents. “If you stand on 35th and Broadway, you see the renaissance of a community. You see everything that sends a signal that this is a community in transition,” former NBA star and current Sacramento mayor Kevin Johnson told the Sacramento Bee. “On one hand that’s a great thing. On the other hand, we can’t be a victim of our own success.”

Nashville, the country music capital of the world, has long taken pride in its small-town persona. Ask any Nashville native and they will tell you they have no desire to become another bloated Atlanta. And yet, beginning around 20 years ago, Nashville started becoming just that. As entertainment and health care industry money flows into the city, highways, stadiums and convention centers have sprouted up, and with these have come wealthy newcomers, alerted to the city by the media, who have dubbed Nashville the It city. Houses that 10 years ago sold for $40,000 can now fetch over half a million dollars, and developers have been buying small houses and replacing them with McMansions. Pricing wars have seen houses sell for above asking price. Meanwhile, in downtown Nashville, teachers and artists, who once flourished, can no longer afford to live there. The once mostly black 12South neighborhood, close to both public housing and to major universities like Vanderbilt and Belmont, has seen home prices rise by 269% between 2000 and 2012. Almost 60% of the black residents there have been driven out by the cost, and in their place, a hipster paradise has blossomed complete with boutiques, restaurants, coffee bars, and the like. Meanwhile, low wages and lack of affordable housing has, ironically, in a mirror opposite of “white flight,” resulted in a migration of the low-income black population to the suburbs. NashvilleNext, a major Nashville-Davidson County government initiative and report adopted in June 2015, refers to this as the “suburbanization of poverty."

White millennials have flocked to Charleston, South Carolina, drawn by the boom in the city’s tech sector and its high salaries. So many, in fact, that Charleston has, for the first time in six decades, become a majority-white city. Unsurprisingly, the real estate developers have followed. With the influx of tech workers, along with students from the College of Charleston, downtown Charleston has seen median rent prices go up more than much larger cities. A one-bedroom can cost $1600, higher than in Atlanta or Chicago. House prices have doubled in the past few years, up more than $50,000 just in the past year. And like other cities struggling with gentrification, the non-white population has suffered the most. In some Charleston neighborhoods, nearly half of the African-American residents have left, as even in areas riddled by higher crime rates, four-bedroom apartments are renting for up to $3000 a month, with students snatching them up. Meanwhile, struggling families, many working in low-paying food or hospitality services and forced to depend on federal help for housing costs, are limited to section-8 housing voucher maximums of just $1026 for a three-bedroom. As longtime Charleston resident King Grant-Davis told the Charleston City Paper, "Gentrification in itself may not be bad, but the part of pricing racial or ethnic groups out, making accommodations too expensive for them because of their economic status, that's bad.”

Portland, Maine, the "other" Portland, is a desirable city to live in if you don't mind the chilly winters. It shows up on a lot of lists: Most Livable Cities, Hippest Cities, Healthiest Cities, Foodie-est Cities, etc. And that makes it a desirable location for the well-to-do to relocate. The problem is that there is only a limited housing stock to accommodate the incoming hordes of affluent people seeking to live in the attractive oceanside city. The result is that newcomers battle longtime residents for housing, and housing costs go up. Among the largest 100 metropolitan areas, Portland, Maine had the second largest rise in rental rates in the U.S. Rents rose 17.4%, the median rent in Portland rising to $1582, more than much larger Philadelphia and Chicago. With many hundreds of new families relocating to the city every year, a housing shortage has worsened, and the rent increases have driven the working class out of town in droves. Portland’s vacancy rate is near zero. Meanwhile shelters for the homeless are overflowing with citizens unable to compete with newcomers who consider the $1600 rents cheap by their former standards. The city has been struggling to come up with workable options to increase affordable housing without impacting Portland’s “livability.” Meanwhile, as rents have increased 40% in the past five years, Mayor Ethan Strimling has acknowledged that there was a $500 gap between what people make in Portland and what they can afford to pay for housing.