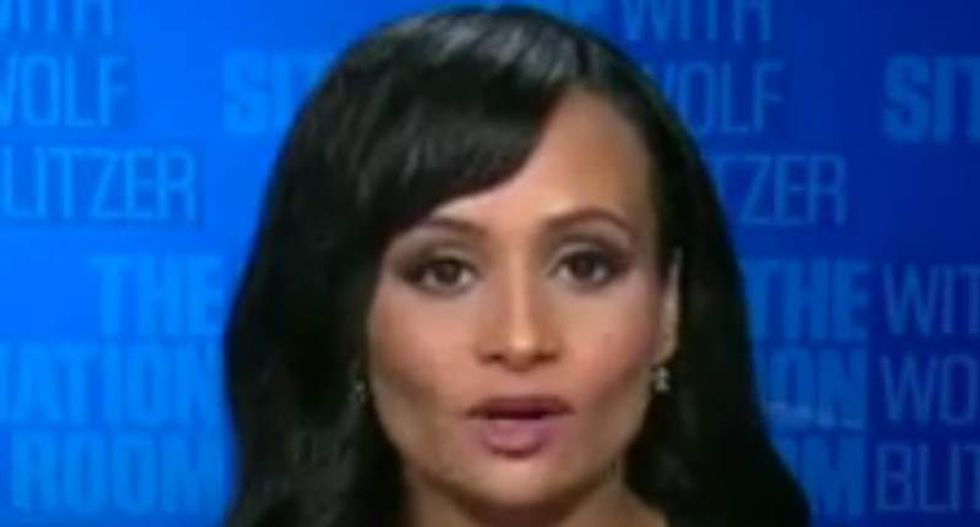 Katrina Pierson attempted once again on Monday to explain Donald Trump's shift in his stance against Muslim immigration, and instead of blaming Bill Clinton for 9/11 she punctuated the interviews with bizarre -- and debunked -- statements.

1. "I know the news media was reporting that the initial ban was against all Muslims, and that simply was not the case."

On Saturday, Trump began pushing the idea that his proposed ban would only concern Muslims emigrating to the US from "terror countries." Pierson complained from the outset that news outlets misreported his view on the issue.

"It's only really a change if you never knew what the ban was to begin with," she said.

Pierson failed to mention that Trump and his campaign called for "a total and complete shutdown of Muslims entering the United States until our country's representatives can figure out what is going on," a statement that led its own news release last December, as seen below: 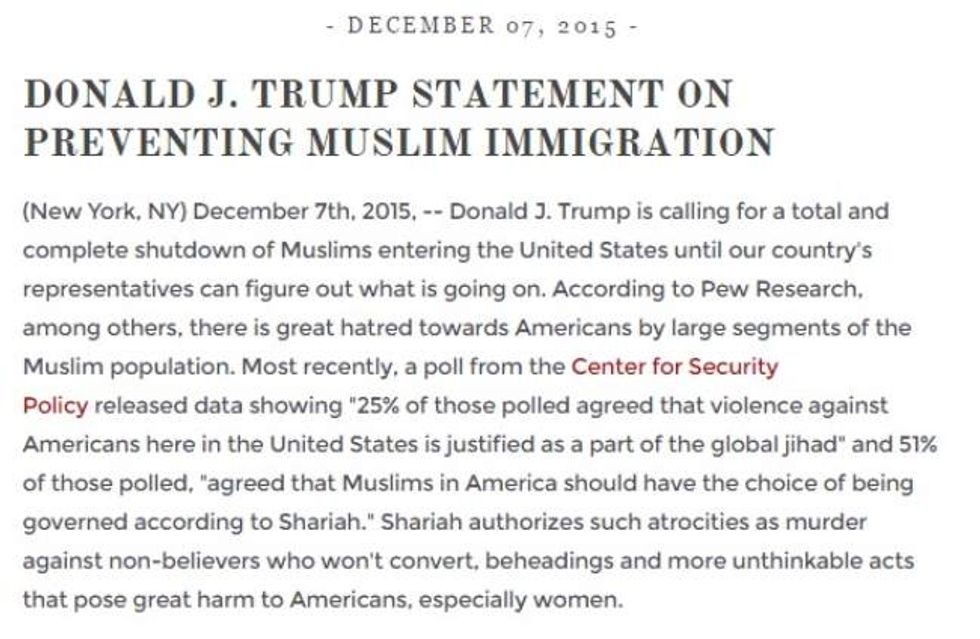 As the interview continued, Pierson focused on two talking points, each of which has been disproven. The first was her allegation that there is no way to screen Syrian refugees making their way into the country, which she would not correct even after host Brianna Keilar explained it to her point-by-point.

Keilar also pointed out that Politifact debunked this argument earlier this month, noting that the system has been in place for 30 years and also adjusted after the 9/11 attacks.

"We're not gonna base national security off Politifact," she huffed instead.

3. "The FBI and CIA said there is no vetting process."

To "back up" her argument, Pierson insisted that the two law enforcement agencies have said the same thing.

Unfortunately for her, Politifact already rated that claim as "mostly false" when it came from fellow Republican Sen. Ted Cruz regarding FBI Director James Comey. What Comey actually said last October is that the vetting procedure was not "risk-free."

"If someone has never made a ripple in the pond in Syria in a way that would get their identity or their interest reflected in our database, we can query our database until the cows come home but we are not going to -- there will be nothing show up because we have no record on that person," Comey told the House Homeland Security Committee. "The good news is we are much better doing it than eight years ago. The bad news is, there is no risk-free process."

For his part, CIA Director John Brennan has not discouraged the US from taking in refugees while pushing for a strengthening of the current system.

"What we need to be able to do is to make sure that we understand what that appropriate role is for the government in that digital domain," Brennan said last November. "Because if the government's primary responsibility is to care for the security and welfare of its people, it needs to do that in all of the domains."

The first part of the interview, as posted online, can be seen below.

The second part of the interview can be seen here.