Here's why we shouldn't dismiss Bilderberg conspiracies so lightly 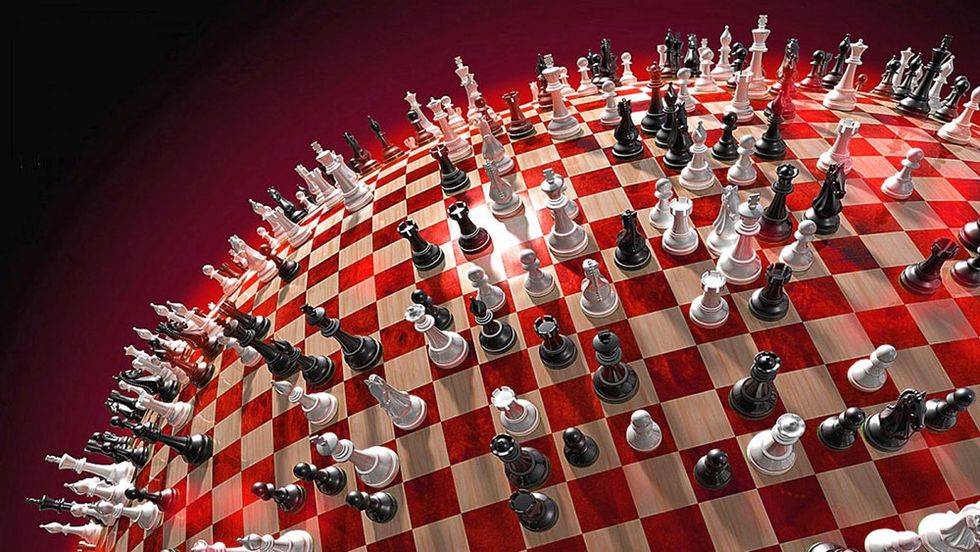 We live in an age of conspiracies about a world shaped by shadowy plots, secret organizations and deals made behind closed doors. And while they are often viewed as the fictions of sad people wearing anoraks and tin foil hats, they can relate to the real business of global politics. Conspiracy theories surround the likes of TTIP, Davos, the CIA, and this week, the Bilderberg meeting.

Haven’t heard of Bilderberg? That’s because security is very heavy, journalists are not invited, and all participants are forbidden from talking about the discussions. This year’s meeting starts on June 9 and takes place in the rather pleasant looking Taschenbergpalais in Dresden. Other details, however, are kept under wraps.

People have been suspicious of the meeting since its inception in 1954 at the Hotel De Bilderberg in Oosterbeek, Netherlands. Since at least the mid-1960s, the meetings have been seen by commentators on the right and left as one of the places where the New World Order does its business. Like Bohemian Grove, the Trilateral Commission and Area 51, Bilderberg attracts the paranoia of conspiracy theorists who claim that a varied collection of people spend time talking about how to enslave us. There are plenty of websites with colourful hotlinks making connections between Bilderberg and the Illuminati, the Freemasons, the death of Diana and so on. It’s a spiralling world of madness.

Or is it? Rather famously, Adam Smith (beloved of free-marketeers) once said: “People of the same trade seldom meet together, even for merriment and diversion, but the conversation ends in a conspiracy against the public, or in some contrivance to raise prices.” So imagine what really happens in those hotels, in between the heavy meals and the raids on well-stocked minibars.

The official line is that the informal discussions concern megatrends and major issues facing the world. Last year, the topics discussed included artificial intelligence, cybersecurity, chemical weapons threats, Greece, Iran, NATO, Russia, terrorism and the US elections. Because the meeting is private, the people who take part don’t have to worry about repeating particular policy or party lines. They can instead explore scenarios and say what they really think, because there are no agendas, no resolutions, no votes and no statements issued at the end of the meeting.

That makes it sound like a rather pleasant policy seminar. Last year, it was a place where top politicians from different parties and countries could chat with each other, as well as executives from Google, BP, Shell, Deutsche Bank and other big companies. Fed with presentations and canapés, they can explore problems in a way that they rarely get an opportunity to during their hectic day jobs. The leaders of the free world do need to stop and think sometimes.

But some conspiracy theorists do have a point. These politicians and businessmen (because they are, mostly, men) do have common interests after all. These are the success stories of transatlantic post-war capitalism. What do they know of the “precariat” they’re supposed to be discussing?

If you spend much of your life occupying the first class compartment on aeroplanes, it doubtless becomes logical to assume that there is some virtue to the system that put you there. Your fillet steak always tastes better if it has been accompanied by a small side-helping of self-congratulation. So the 120-150 members of the elite who get together every year – two thirds of the participants from Europe and the rest from North America – are undoubtedly not terribly motivated to change much.

That is doubtless why most of the invitees tend to be from a narrow spectrum of occupations and positions – CEOs, finance ministers and heads of state. Some critics have attended in the past – journalists Will Hutton in 1997, Jonathan Porritt in 1999 – but they are few and far between. The conversations are therefore unlikely to explore radical reforms which might endanger the power and privileges of those who already have seats at the table.

Conspiracy theorists give conspiracy theories a bad name. Conspiracies do exist, and this is one of them. Politics, at this sort of elite level, is precisely a conspiracy in the sense that Adam Smith meant it. When these people gather once a year, they do not engage in withering self-criticism, but instead reinforce the assumptions that they collectively make about the best sort of economic and political order. This is exactly the sort of process that the psychologist Irving Janis described as “groupthink”, where dissent is marginalised and consensus amplified.

If the participants at Bilderberg really want to explore global challenges, talking to each other is the last thing that they should be doing. We already know that the powerful organise the world for us – it is common knowledge. What Bilderberg exposes is that what goes on at endless summits and conferences across the globe is a mountain of smugness that is much more frightening than anoraks muttering about the Illuminati.

Martin Parker, Professor of Organisation and Culture, University of Leicester