Father of slain woman says he forgives Orlando killer: 'I cannot live with such great hatred' 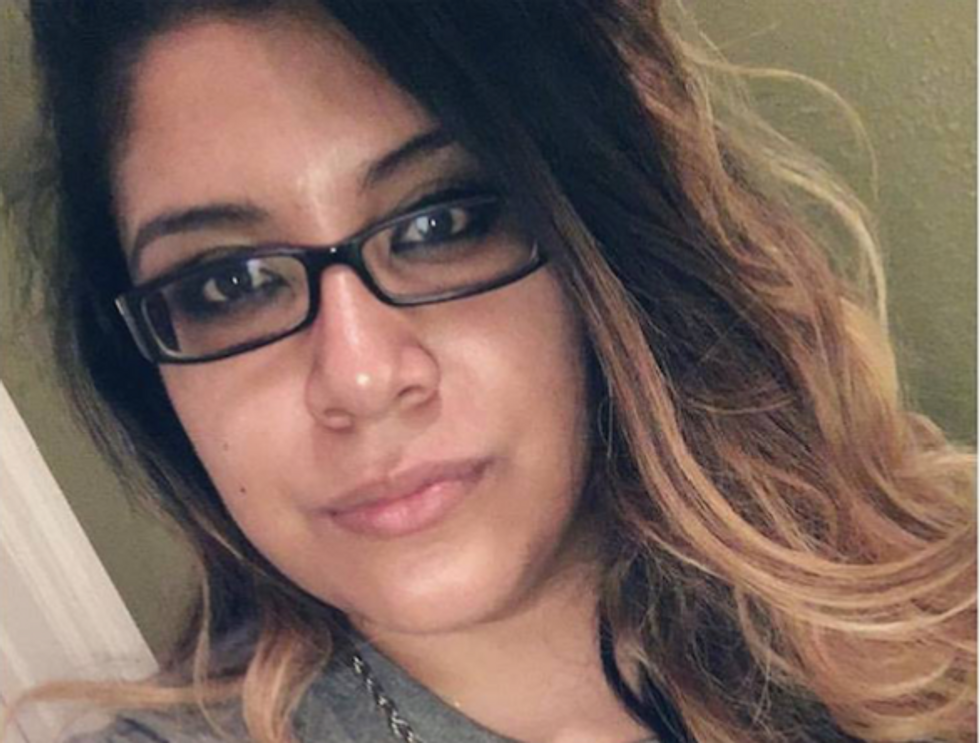 The father of a 26-year-old woman who lost her life in the attack on Orlando LGBT nightclub Pulse says that he forgives his daughter's killer.

The Guardian said Monday that Guatemala-born Cesar Flores told reporters, "I forgive the murderer of my daughter, I cannot live with such great hatred."

In tear-choked, broken English, Flores said that his daughter Mercedez Marisol Flores was "a great girl." Born in New York City, she was a student at Orlando’s Valencia Community College.

“I want you to take better care of your children, see the situation I’m going through. Be together in peace and love one another," said Mr. Flores.

"Mercedez, she had so many ideas, so much happening,” said Flores. “She was a very happy girl all of the time, she worked hard.”

His daughter died at Pulse alongside her best friend since childhood, Amanda Alvear, a 25-year-old nursing student.

“They grew up together, they were best friends,” Flores said. “No words can describe the pain.”

Gunman Omar Mateen killed 50 people and injured 54 more in the attack. He died at the scene.

In a deep dive for the New Yorker, journalist Jane Mayer wrote that former Senate Majority Leader Mitch McConnell (R-KY) wants to sever all ties between the Republican Party and former President Donald Trump because of the damage he has done to the party.

In interviews with associates of McConnell, they point out that McConnell has always loathed Trump but saw him as a means to end to stack the courts and advance his own agenda, but after the loss of the two Senate seats in Georgia that were held by Republicans and the storming of the U.S. Capitol, he wants Trump banished from the GOP.

As Mayer reports, "Unnamed associates revealed to reporters on Capitol Hill that McConnell was no longer speaking to Trump, and might vote to convict him if the impeachment process moved to a Senate trial," before adding that Rep. John Yarmuth (D-KY) relayed, "Three years ago, I said he'd wait until Trump was an existential threat to the Party, and then cut him loose. He's been furious with Trump for a long time. Many who know him have talked with him about how much he hates Trump."

As it stands now, McConnell would like to see Trump impeached -- as well as banned from running for office again -- as long as he is not blamed for it.

"Any pretense that McConnell could maintain control over Trump or over the Party's fate unravelled after the 2020 election," Mayer wrote. "McConnell was caught between denouncing Trump's lies and alienating his supporters, thereby risking the loss of the two Senate seats in the Georgia runoff. Faced with a choice between truth and self-interest, McConnell opted for the latter."

With the loss of the seats -- costing McConnell his Majority Leader spot -- as well as the Trump-inspired attack on the Capitol that left five dead and the country horrified, McConnell has realized that the ex-president has outlived his usefulness.

"If McConnell can muster the additional sixteen Republican votes necessary for a conviction—doing so requires the assent of two-thirds of the Senate, and the fifty Democratic senators are expected to vote as a bloc—he will have effectively purged Trump from the Party," Mayer wrote. "Moreover, after a conviction, the Senate could hold a second vote, to bar Trump permanently from running for any federal office. Such a move might strengthen McConnell's clout within the Party and help his wing of traditional Republicans reëstablish itself as the face of the G.O.P."