'I'm scared' -- 'It is a madhouse': City workers in London break down in shock at Brexit vote 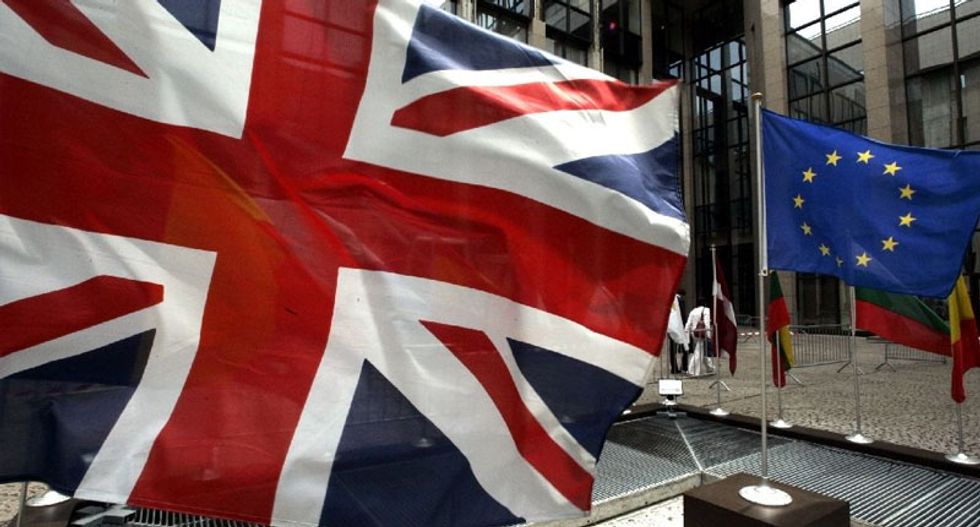 Bank employee Francesca Crimp broke down in tears on Friday after Britain voted to leave the European Union, triggering an earthquake in the City of London financial hub.

"I'm scared, I voted for my son's future and I feel so uncertain now. I'm just absolutely devastated," said Crimp, who works for a US bank.

"This multi-cultural city that I live in is going to change drastically, and the world as I know it is just not the same today."

Sterling and world stock markets plunged after the Brexit vote in which Britons decided 52 percent to 48 percent in favour of quitting the bloc.

In London, banking stocks lost up to a quarter of their value as the FTSE-100 index tumbled 5.0 percent in morning trade.

At foreign currency trader ETX Capital, some employees were in shirts and ties.

Others were in jeans and sports shoes, having stayed up throughout the night "jacked up on coffee", as one trader put it.

Traders stood up with phones pressed to their ears watching numbers scroll past on giant screens. Others had headsets on just shouting out what they saw before them on their screens.

Others yelled out the numbers to relay how far stocks such as HSBC banking giant had fallen.

Bells and trills sounded. Traders came in and out carrying mugs of coffee. Some stood while relaying the action on their phones.

"It is a madhouse in here. It has been a bloodbath. Carnage," said David Papier, 34, head of sales trading at ETX Capital.

But he seemed unfazed by the result, calling the market reaction "really good fun".

"A lot of excitement, shouting and coffee. It's been a real interesting time. These sort of events are unprecedented.

"They don't happen all the time," he added. "It's a real privilege to be part of this historic event," he said.

Though the polls had been tight, financial markets appeared to be taken by surprise by the result.

"No one really saw this coming," said Max Hoffman, a marketing manager.

"The main thing is that we need to try and stay united as a country," he said.

Arriving for work in the City on Friday, Mike Thomson echoed that concern: "I am very worried. Scotland could now take its independence in about two years."

The vote could increase demands for independence in Scotland, which voted to stay in the EU by a strong majority and is unwilling to follow the rest of Britain out of the bloc.

The British-ruled province of Northern Ireland may also face calls for unification with the Republic of Ireland.

For Adeel Qureshi, an employee at a financial analysis firm, the concerns were closer to home.

"I'm not sure how that's going to impact a lot of people, junior people like in my position starting out in their careers," he told AFP.

"So yes, I'm disappointed and a bit anxious to see what happens really."