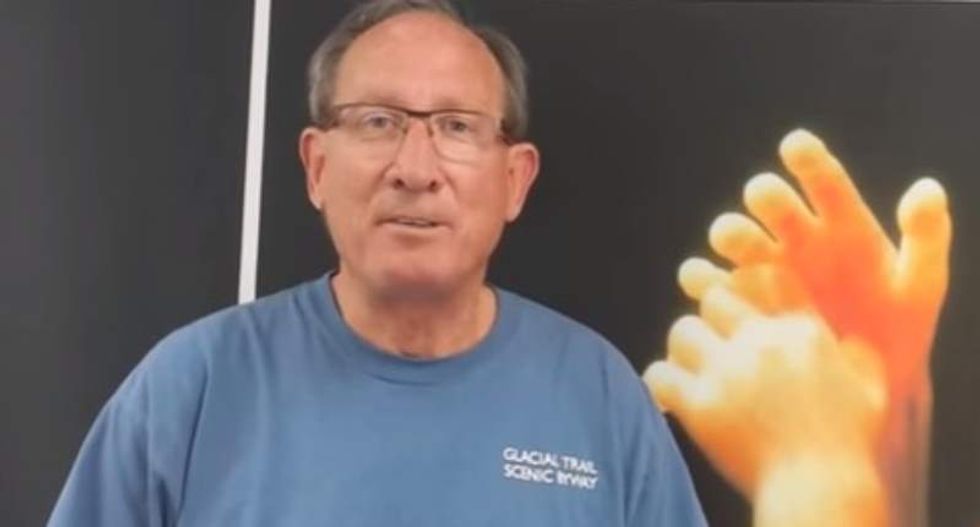 An Iowa state legislator became the first GOP lawmaker to leave the party in an act of protest over Donald Trump's presumptive presidential nomination, the Guardian reported on Tuesday.

State Sen. David Johnson announced that he changed his party affiliation from Republican to "no party," citing the real estate magnate's "racist remarks and judicial jihad."

"I will not stand silent if the party of Lincoln and the end of slavery buckles under the racial bias of a bigot," Johnson told the Quad City Times.

Johnson, who has served in the state Senate since 2002, did not support Trump at any point during the party's presidential primary. Instead, he endorsed former Texas Gov. Rick Perry and former Hewlett Packard CEO Carly Fiorina.

But he said the last straw for him regarding his party membership was Trump's ongoing attacks against federal District Court Judge Gonzalo Curiel. The presumptive GOP nominee has called Curiel "a hater" and argued that the judge has an inherent conflict of interest because his parents emigrated to the US from Mexico.

The senator went so far as to liken Trump's campaign to fascism, saying that he won the GOP primaries "by reducing his campaign to reality TV and large crowds and divisive language and all the trappings of a good show for those who like that kind of approach and that’s what happened in the 1930s in Germany. I think that's all I need to say but certainly the fascists took control of Germany under the same types of strategies."

He said that if the party ousted Trump as its presidential nominee, he would rejoin it. But he expressed disbelief that party leaders like House Speaker Paul Ryan would continue to back Trump even as they called his rhetoric racist.

"That's insanity," Johnson said. "I don't know how else you put it, I don't understand what people don't see happening here."