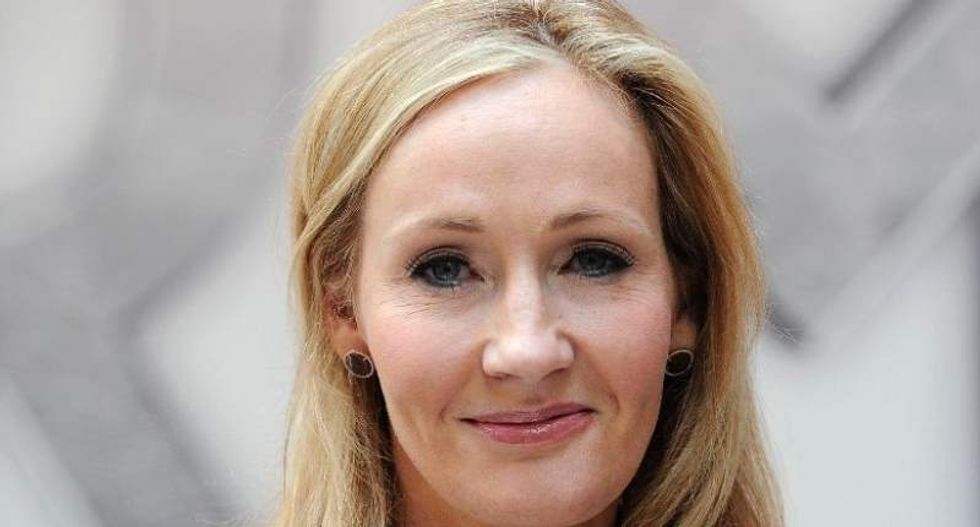 Britain's bestselling novelist and two of its rock idols have mourned the country's "disastrous" vote to leave the EU, claiming it will lead to the break up of the country.

Harry Potter author J.K. Rowling, an outspoken campaigner to remain in Europe, tweeted "I don't think I've ever wanted magic more" as it became clear early Friday that the Leave camp had won.

She later predicted that the United Kingdom would break up because of the vote. "Scotland will seek independence now. (Prime Minister David) Cameron's legacy will be breaking up two unions."

Former Blur singer Damon Albarn wore a black armband as he played at the Glastonbury festival Saturday, telling tens of thousands of fans that "democracy has failed us because it was ill-formed".

Sixties legend Marianne Faithfull said she hoped "the situation can be saved and that parliament can still do something.

"It is a disaster, " she told AFP. "I feel sick and very sad. We are back to where it used to be, the right-wing racist Little England, those dreadful people, they've always been there."

And fashion designer Karl Lagerfeld blamed rural voters "from deep in the countryside" for pushing Britain out. "The big cities didn't want it (Brexit) at all.

"I don't think it is a good idea. The analysis of the vote shows that it is a bad decision," the 82-year-old German-born Chanel creator told AFP.

The Sun newspaper -- which called for its readers to vote to quit Europe -- called Albarn and Rowling's comments "arrogant".

But Johnny Marr, the guitarist of The Smiths, took up a similar line on Twitter as a petition to parliament calling for a new referendum gathered more than two million names. "No one ever said that the majority know what they're doing," the rock star said.

And he lambasted Cameron again in another post Saturday for his decision to quit after losing the vote.

"David Cameron took the country to an unnecessary and disastrous referendum that he couldn't handle, then bailed. Nice."

Peter Mayle, the novelist who for millions of Britons epitomised the "European dream" of living in the sun with his "Year in Provence" novels set in southern France, told AFP that the UK's exit was a "disaster for them and for Europe.

"I am Scottish and I am certain there will be another referendum on the independence of Scotland and this time the result will be positive.

"I am sad for the future of my English friends who were taken in by the lies and racism of the British right-wing press," said the 69-year-old writer, who took French nationality in April as the vote approached.

Comic writer Stephen Clarke, whose bestselling "A Year in the Merde", took a more satirical spin on Mayle's idyllic evocations of French life, was just as scathing about the role British media played in stoking euroscepticism there.

"For years newspapers have been twisting the truth to say all the EU does is pass crazy rules about straight cucumbers or banning bagpipes," he said.

His new comic novel "Merde in Europe" set inside the EU in Brussels was an attempt "separate the truth from the myths" after decades of distortion.

"Like most British people I know nothing about what the EU actually did," the Paris-based writer told AFP.

"But the whole campaign was depressing. The Remain side was negative and didn't say what Europe really does and the Leave campaign was often xenophobic, lying and racist I'm afraid.

"I feel really sorry for Britain's young people. They have had their European future taken from them by old people harried out to vote by newspapers which write nothing but rubbish about Europe."

"My first thought when I woke up was that I was now poorer than the night before. The pound took a dive and we don't know where it is going to go."

It also puts Northern Ireland in an "incredibly complicated position", with its place in the UK in peril, he said.

"I was horrified to find myself agreeing with (the Irish republicans of) Sinn Fein for the first time in my life," the writer told AFP.

"This is such a deal breaker. They are right, Britain no longer has a mandate (to rule Northern Ireland, which voted to remain in the EU). Ulster Protestants are nothing if not incredibly pragmatic, and if the economic impact is incredibly negative how long before they will rethink their opposition to a united Ireland?"

He laid much of the blame on Remain's defeat on its campaign. "If you say to people on a shitty housing estates on low pay or without a job to vote for the status quo, it is more than an insult, you are daring them to vote against you," McLiam Wilson argued.