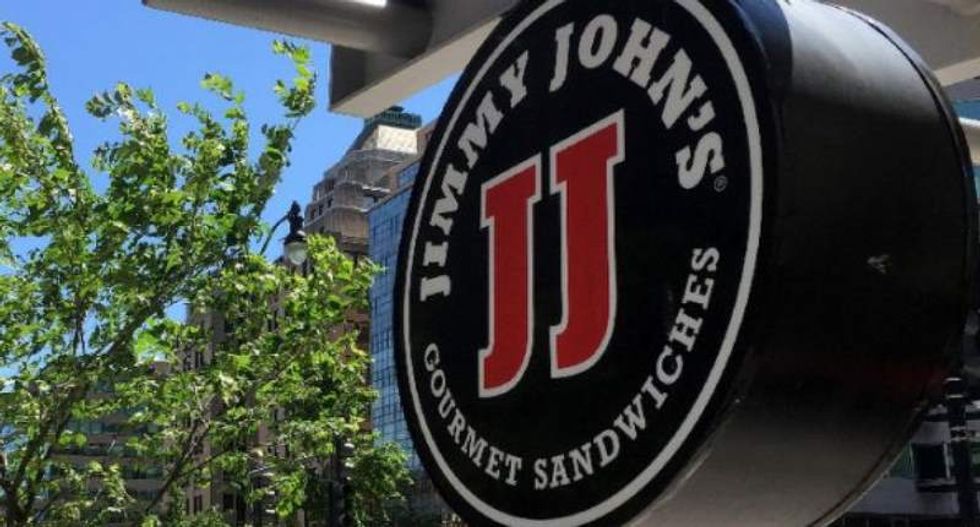 A US sandwich chain is being sued for locking its low-paid workers into non-compete agreements more typical of high-tech workers or top executives.

The state of Illinois, where Jimmy John's is headquartered, accuses the company of requiring employees to sign clauses barring them from working at competing sandwich stores within two miles of one of its outlets for at least two years after leaving the company.

"By locking low-wage workers into their jobs and prohibiting them from seeking better paying jobs elsewhere, (Jimmy John's) companies have no reason to increase their wages or benefits," said Illinois Attorney General Lisa Madigan in a press release announcing the lawsuit.

Employers typically use non-compete agreements when workers have access to confidential company information or trade secrets. High-tech companies might require them of employees writing proprietary code.

But in recent years, use of such agreements has expanded, and has been the source of some debate, especially in the tech industry where workers say they are used too often.

There have been reports of non-compete agreements popping up in a range of other professions, from yoga instructors to camp counselors.

Jimmy John's, which has 2,500 stores across the United States, said in a statement that it had stopped requiring the agreements.

"We made clear to the Attorney General that we would never enforce a non-compete agreement against any hourly employee that might have signed one," the company said.

In a similar lawsuit last year, a federal judge refused to grant an injunction against Jimmy John's non-compete agreements, because the judge said the agreements were never enforced.

When asked why the Jimmy John's required them in the first place, a company representative declined to comment.

Laws on non-compete agreements vary among US states. Some, such as Massachusetts, have relatively permissive laws, while others, such as Illinois, restrict the agreements to cases where there is a legitimate business interest.