John Oliver ridicules Trump's tweets: They're like Tom Cruise -- 'short, unhinged and you can't look away' 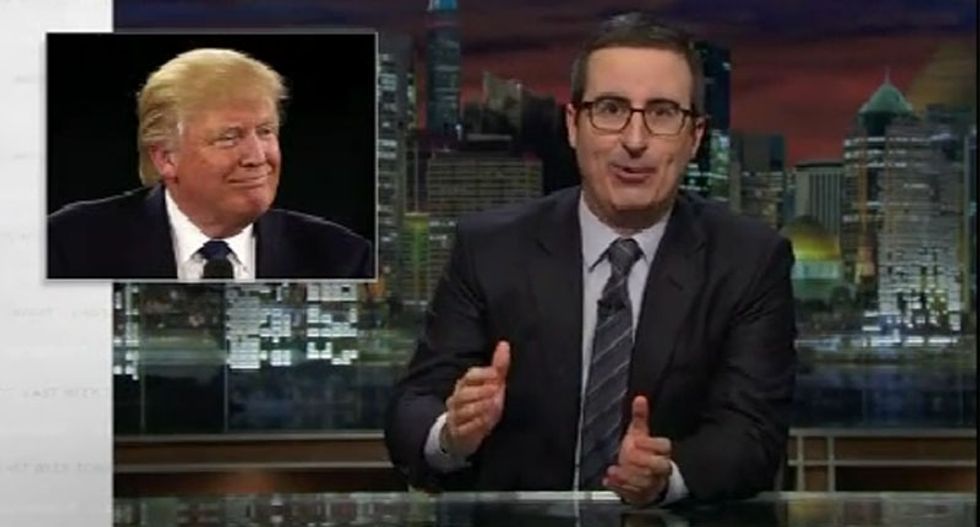 After opening his show with a stirring tribute to the victims of the Orlando shooter, Last Week Tonight host John Oliver got back to the business of comedy, lecturing Hillary Clinton to not get into a Twitter war with Donald Trump.

Last week Clinton responded to a tweet from Trump with the Twitter chestnut "delete your account," which generated over a half million likes for the presumptive Democratic nominee.

"Getting a lot of likes does not necessarily mean you've accomplished something good," the HBO host stated. "Incidentally that is a sentence anyone under the age of twenty should frame and hang in their bedroom. Because there are two problems with telling Donald Trump to delete his account. First, he's never going to to do that. Even when he's dead for fifty years, he'll somehow be tweeting from beyond the grave with, 'Met God. Very disappointing, dopey beard. Can't even lift a heavy rock that he himself created. Sad.' And, second, you just moved this fight on to his turf, which is a huge mistake."

Oliver warned Clinton to not engage with Trump online because he is an "ego goblin who feeds on verbal filth."

Describing Trump's tweets, Oliver summed them up quite accurately.

"Hillary, you are not going to beat Donald Trump at social media," he explained. "His tweets are the Tom Cruise's of tweets: short and unhinged -- but you kind of can't look away."