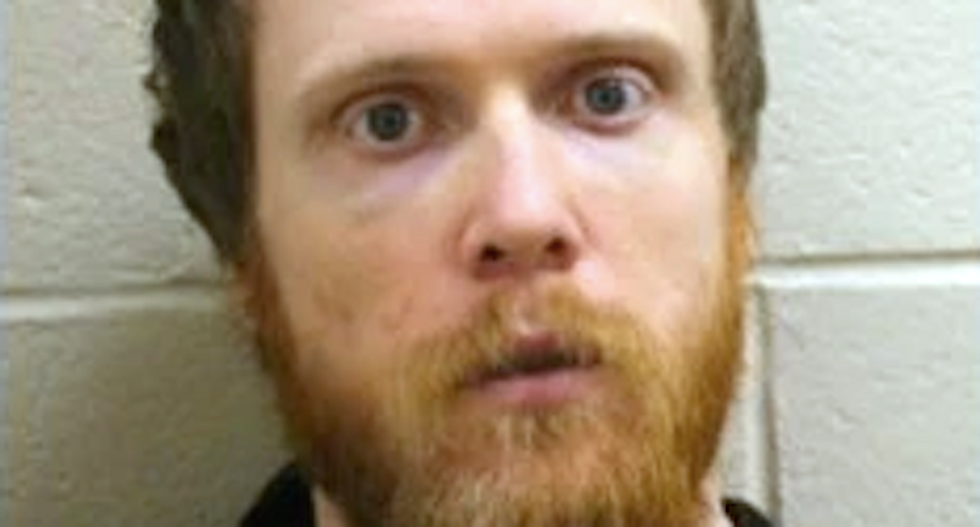 A Georgia judge could face disciplinary action after losing his cool with a defendant who threatened to kill and dismember his children during a courtroom argument.

Denver Fenton Allen appeared last week before Judge Bryant Durham Jr. to face charges that he beat a fellow inmate to death in August at the Floyd County Jail, reported the Rome News-Tribune.

The 31-year-old Allen, who is charged with killing Stephen Rudolph Nalley, lobbed threats and insults at the judge during an 11-minute hearing on June 17.

Allen told the judge he would murder his family and cut his "children up into little pieces."

“I’ll knock their brains out with a f*cking hammer and feed them to you," Allen said. "The babies will be going, ‘Daddy, daddy, help me.’”

Durham told the man he didn't have children, and Allen said he'd do the same thing to the judge's nieces, nephews and sisters.

The judge told Allen he didn't have any sisters, nieces or nephews, and he threatened to put him in "jail so long you won’t have a chance.”

The argument continued to escalate, with Allen repeatedly saying, "f*ck you," as the judge added additional days to his penalty for contempt of court.

Allen asked for a new attorney, saying his public defender had requested oral sex in exchange for his defense, and then the defendant invited Durham to do the same.

"This is going to be an interesting trial," Durham said.

Allen then asked to introduce his "big old donkey d*ck" as evidence, and the judge began yelling at him as the pair traded insults.

The defendant claimed he had sex with boys, and the judge said he wasn't surprised -- but then he made comments that could land him before the state judicial ethics agency.

Allen asked if the judge was "calling (him) a queer in the courtroom."

“I didn’t call you one,” Durham said. “I said you looked like one.”

The judge then told Allen he was "cute," and that he was sure other inmates "love you to death."

“I’ve enjoyed this,” Durham said. “I hope you have. I know everybody else in the courtroom has enjoyed it, but you can go now.”