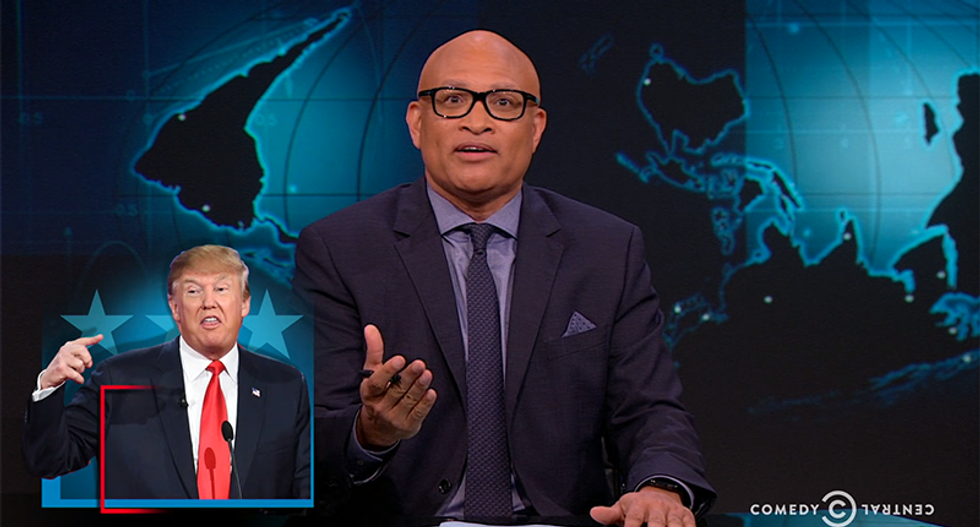 "Donald Trump has taken the 'denegroification' of the White House so literally, even his finances have moved from the black into the red," Wilmore began his segment saying.

Trump showed an embarrassing $1.3 million cash on hand and just $500,000 in his super PAC in an election where candidates are expected to raise $1 billion. Democratic rival Hillary Clinton showed $42 million in her campaign with $500 million in her super PAC.

"Trump's financial woes seem especially ironic given his tweet from a month ago from his campaign," Wilmore said showing this tweet: 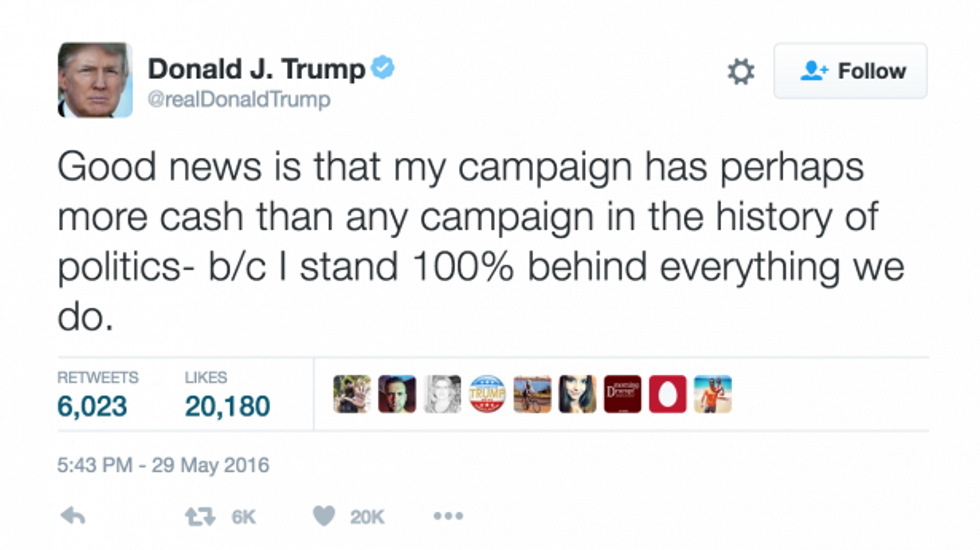 But if the fundraising seems hard to believe, how he spent the money will shock you even more. Wilmore showed a clip from a CNN analysis of the funds, which show 17 percent of disbursements went back to Trump-related entities. In May, Trump paid over $423,000 to rent out his own Florida resort Mar-A-Lago.

Wilmore explained how the scam works, saying Trump duped supporters into giving money. "Then, candidate-Trump says, 'Yeah I'm gonna take that money and throw a big campaign event. How about that big tacky, gaudy, gold-plated sh*thole?' And then businessman-Trump says, "Oh good! I own that big tacky, gaudy, gold-plated sh*thole!' So then, businessman Trump charges candidate Trump full price. So both Trumps profit, while America takes the loss."

Wilmore calls it the Mar-A-Lago shuffle and has this helpful chart:

Mar-A-Lago isn't the only Trump-owned property the campaign is funneling money to either. Wilmore showed a search revealed over a dozen self-titled companies that are profiting from Trump's campaign.

"This political show game is so transparent," Wilmore said. "It's why I don't name any of my scam companies for myself."

Clinton took to the podium the same day, calling into question Trump's sketchy business practices. She called Trump the "King of Debt" which Trump refuted, though not how you'd think.

"I called myself the 'King of Debt!'" Trump said demanding credit.

"This man has no shame!" Wilmore exclaimed. "He's proud of debt! I've never seen anyone turn more sh*t into fool's gold than Donald Trump. Maybe when you're that orange, it just feels comfortable being in the red. I don't get it!"

Check out the video below (after the 1:42 mark)