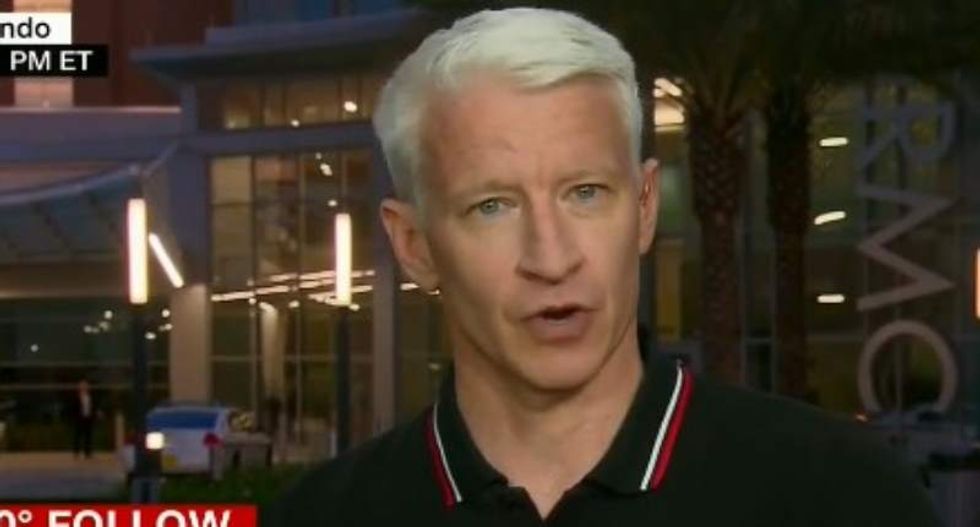 While stressing that he does not like becoming part of his own stories, CNN host Anderson Cooper rebuked Florida Attorney General Pam Bondi on Wednesday night after she accused him of misrepresenting their interview a day earlier, the Daily Beast reported.

"Let's be real here," said Cooper. "Ms. Bondi's big complaint seems to be that I asked in the wake of a massacre of gay and lesbian citizens about her new statements about the gay community and about her old ones."

READ MORE: Pam Bondi says Anderson Cooper ‘incited anger and hatred’ when he ‘flipped on me’ about gay rights

The 360 host grilled Bondi on Tuesday over her attempt to portray herself as an ally to LGBT communities given her past policies.

"You said in court that gay people, simply by fighting for marriage equality, were trying to do harm to the people of Florida," he said at the time. "Do you really think you're a champion of the gay community?"

Bondi subsequently complained that a clip of the interview posted online did not show them discussing possible charity scams against people looking to donate in service of victims of the mass shooting against an Orlando LGBT nightclub over the weekend.

Instead, she said, Cooper was out to "encourage anger and hate."

Cooper responded by noted that besides airing the interview live, CNN posted it online in its entirety, and that Bondi was "either mistaken or not telling the truth."

"The fact is that Attorney General Bondi signed off on a 2014 federal court brief that claimed married gay people would 'impose significant public harm,'" he said. "Ms. Bondi is championing efforts to help survivors, but the very right that allows gay spouses to bury their loved ones. That's a right that wouldn’t exist if she had her way. I think it is fair to ask about that."

Bondi also claimed during the interview that her website featured "different-colored, rainbow-hands people." That claim was inaccurate.

Watch Cooper's commentary, as posted by The Daily Beast, below.