Maine's Tea Party Gov. has another tantrum -- and this time he might eliminate food stamps for good 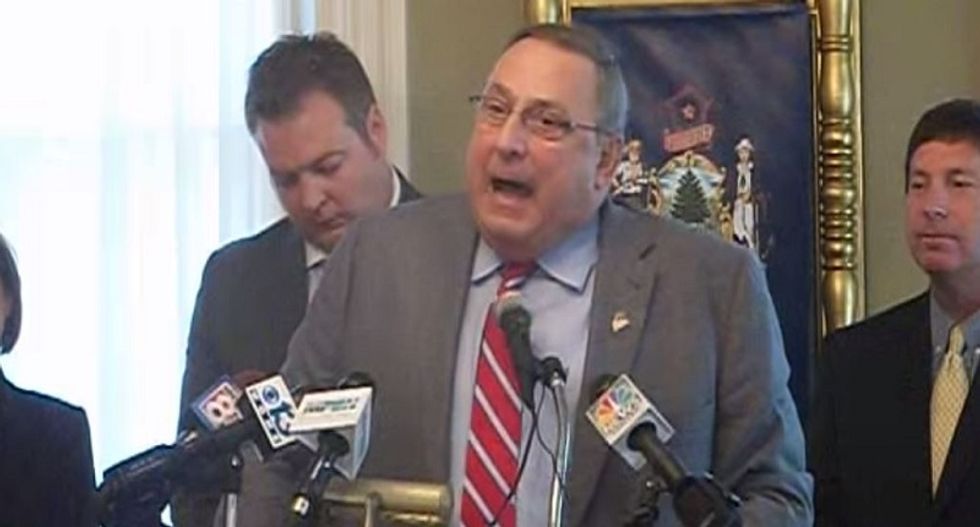 Tea Party Maine Gov. Paul LePage has made quite a name for himself with his embrace of far-right economic policies aimed at punishing the poor over the years, but his latest proposal might be his most far-reaching gambit yet.

Bangor Daily News reports that LePage is now threatening to completely eliminate Maine's entire food stamp program unless the United States Department of Agriculture allows the state to restrict food stamps from being used to buy sugary foods and drinks.

"It’s time for the federal government to wake up and smell the energy drinks," wrote LePage in a letter to U.S. Agriculture Secretary Tom Vilsack. "Doubtful that it will, I will be pursuing options to implement reforms unilaterally or cease Maine’s administration of the food stamp program altogether."

Of course, LePage already crippled his state's food stamp program during his time in office, so this latest maneuver would simply be the coup de grace in his long war against hunger assistance. In the past, LePage has boasted that the state has cut more than 40,000 people from receiving SNAP benefits between 2014 and 2015, and if he follows through on his threat he'll cut off the remaining beneficiaries as well.