'Make America white again' candidate says criticism unfair: 'My rights are being nailed to the cross' 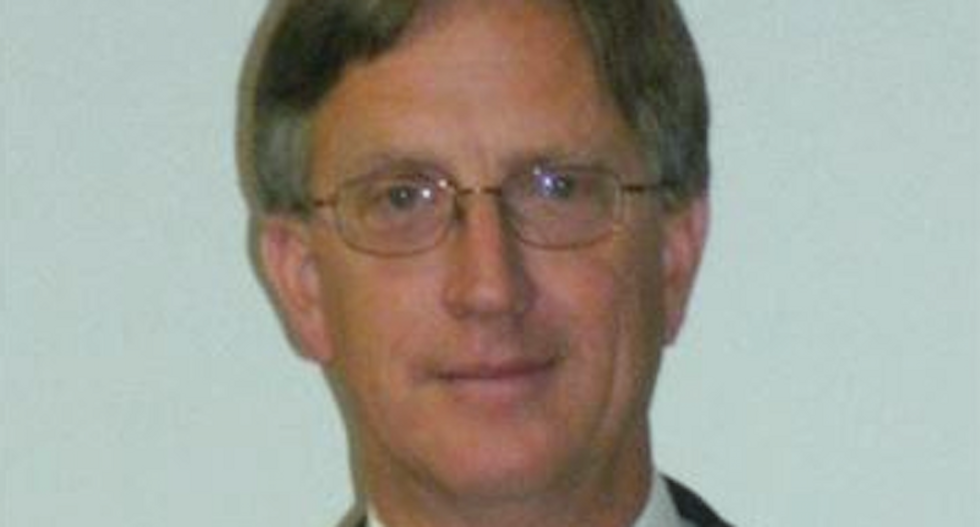 A new billboard campaign explicitly rejects the Donald Trump-inspired message of a Tennessee statehouse candidate -- who said he appreciates the attention.

Rick Tyler, an independent Congressional candidate for Tennessee’s 3rd District, is facing a boycott of his restaurant business after he advertised his candidacy with racist billboard messages saying, “Make America White Again.”

Other residents of Polk County were disappointed with the national attention Tyler's message attracted, and they wanted to counter the racist slogan to show not everyone agreed with the candidate, reported the Times Free Press.

"I really wanted to avoid the perception that residents in this region feel that way or treat one another that way," said Josiah Vacheresse, executive director for Court Appointed Special Advocates for Children. "That's not what we're about, that's not what we're for."

So Vacheresse asked family, friends and online supporters to help him buy advertising space on billboards in the county, where drivers will see inspiring quotes from Nelson Mandela instead of a more racist interpretation of Trump's campaign slogan.

"No one is born hating another person," says one sign, quoting Mandela.

The billboards, sponsored by the Drive Out Hate group, went up last week and will remain on display for a month.

Vacheresse is hoping to get enough money to rent another billboard and keep it up several months.

Tyler, who also set up a billboard quoting Martin Luther King Jr. alongside a Confederate flag, said he didn't mind if the second campaign rejected his message.

"I think it's great what they're doing," Tyler said. "They're stoking the fire of the story."

Two of Tyler's signs were taken down last week by the billboard rental companies, and the candidate said he was disappointed.

"I'm all about freedom," said Tyler, whose campaign website contains lengthy "conspiracy science" posts about chemtrails and communist plots. "It's great that they are able to say what they want to say. What's tragic is that I'm not able to. I'm not allowed to. My First Amendment right is being nailed to the cross."

Tyler, who opposes interracial marriage and supports voluntary segregation, said he could win the three-man race with as little as 34 percent of the vote.