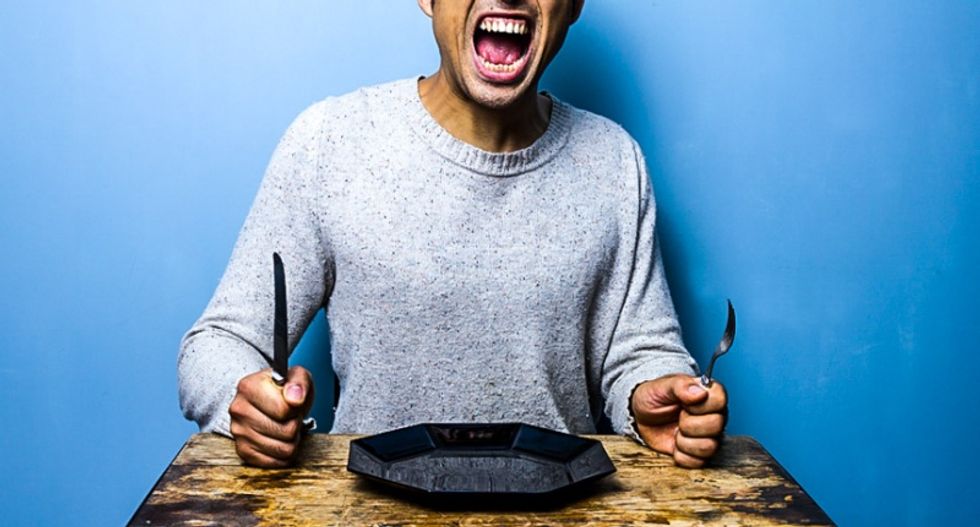 The account, which has a "Florida woman" sister, is based on the conceit that all those bizarre crimes, misdemeanors and stunts committed by countless Florida men are, in fact, the work of a singular -- and very busy -- man who eats an unreasonable number of meals at Waffle House.

There's no single explanation for why Waffle House has been the setting for so many extraordinary escapades, but the fact that the venerable chain serves cheap food 24 hours a day fills in a lot of the blanks.

Waffle House restaurants are so committed to staying open, no matter what, that the Federal Emergency Management Agency measures hurricane damage by determining how many the restaurants are still serving customers after a storm hits.

"If a local Waffle House is closed, along with a Home Depot or a Wal-Mart, it indicates a longer recovery process," reported the New York Times.

Some other restaurant chains are open when drunk people need them most, but Kid Rock isn't getting arrested for fighting at IHOP, and former psy-ops soldiers aren't getting busted for smoking meth while dressed as a clown at a Denny's counter.

The counter itself might be what sets Waffle House apart from its late-night competitors.

Waffle House restaurants are set up just like the first one was 60 years ago in Atlanta, with a small kitchen open to customers sitting at the counter.

"The cooks can freely interact with our guests," communications manager Kelly Thrasher told Adweek. "You eat in our kitchen, and this is a welcoming and familiar experience for many."

That experience can be a little too welcoming to some customers who are too intoxicated, angry or intent on using their weapons to conduct themselves responsibly in a Waffle House.

There's the Mississippi man who gunned down a Waffle House waitress who asked him not to smoke, and there's also the self-described "white terrorist" who threatened a violent rampage at a Waffle House in Alabama.

Speaking of terrorists and Waffle House, four senior citizens were arrested after plotting over a meal at one restaurant in Georgia to "save the Constitution" by killing millions of Americans with botulinium toxin.

The all-night diners, which are frequently located near interstate exits, are such a magnet for robberies that the Atlanta Journal-Constitution once led off a cops-and-crime brief with the sentence, "Another day, another Waffle House robbery."

Sometimes customers open fire on one another, and sometimes Waffle House employees shoot back.

Even when Waffle House bans guns from a restaurant, the story makes news.

A National Guardsman said he was asked to leave a Kentucky restaurant after bringing his gun inside, which prompted calls for a boycott from the right-wing Oath Keepers group, but the franchise owner said the man was actually kicked out for fighting.

Not every police blotter item that takes place at Waffle House is violent, although many of the other types of crimes involve nudity.

A Florida mom left her three crying children at a Waffle House to go drinking at a nearby bar, while another woman was arrested in Georgia after mistaking a cheeseburger for a sandal and trying to wear it -- which all happened after she had sex in the Waffle House parking lot.

Two customers were arrested in South Carolina after they refused to pull up their pants to cover their boxer shorts, and a Georgia woman stripped off all of her clothes, tossed some plates around and broke another customers nose before police arrived -- although she was unable to explain why she'd done any of it.

Waffle House doesn't exactly fight its reputation for misadventure -- even if company officials think the characterization is a bit unfair -- because they realize that's the price of success.

“You can’t escape stereotypes,” Thrasher told the Times. “It’s not that more of these stories happen at Waffle Houses. It’s just getting more attention when it happens at a Waffle House.”