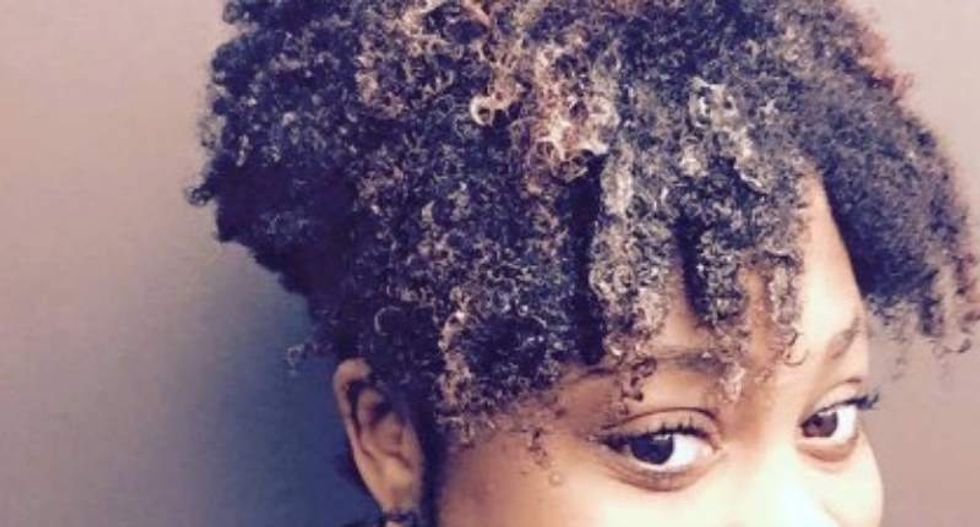 A Minnesota hair salon has come under heavy criticism after their stylist's reaction to a black client's hair, Minneapolis City Pages reported.

According to the customer, Bianca Dawkins, she made an appointment earlier this month at the Denny Kemp Salon and Spa and informed the staff that her hair would require two hours' worth of work. When she arrived, she said, the stylist touched her hair -- which she described as having "really curly, tight curls" after growing it out for 18 months -- and said he could not work on it, calling it "an animal that can't be tamed."

A spokesperson for the salon later told City Pages that the stylist actually called Dawkins' hair "a different animal."

The stylist, who was later identified as Justin, also reportedly asked other staff members to look at Dawkins' hair, prompting her to ask, "So, what? Black girls can't come in here and get their hair done?"

Owner Denny Kemp later said that the stylist was trying to tell Dawkins that he was glad that the salon could not practice segregation.

Dawkins subsequently left the salon, and posted about her experience online, prompting the first of a flurry of complaints on the salon's Facebook page.

"Not addressing the comments your racist stylist Justin has made speaks volumes about what kind of company you are and it is clear you tolerate racism. Disgusting," one commenter wrote. The salon's online rating also suffered, going from five stars to 1.7 stars since Dawkin's complaint.

The salon posted an apology on June 10, stating that "though we believe that our stylist meant no harm and simply spoke inarticulately, his words were perceived as hurtful and completely contrary to what our salon stands for."

The statement also said that the salon's management also contacted Dawkins. But this response was also criticized.

"Fix this apology immediately. Find a black person. Ask them what's wrong with this. Re-write it. Try again," one commenter wrote. "This is trash. Your employee compared a woman's hair to an animal. There is ONLY one way for that to be perceived and if he didn't realize it would be taken that way he unfit to work around humans. He's a racist. And you condone his racism by continuing to employ him."

Dawkins told City Pages that while the salon offered her free spa treatments, the offending stylist would not be subject to "disciplinary action." She added that he did not want him to lose her job. Her encounter at Kemp's salon, she said, marked the first time she sought professional hair care in 18 months.

For his part, Kemp said that the stylist is "hugely talented" but became defensive because he was not able to serve Dawkins. The only staff member with experience working on her type of hair, he said, was off on the day of her visit.

"If [Justin] can't do something, he's not happy about it," Kemp said. "He's a little emotional, and he's very, very proud."

Dawkins has since avoided dealing with Kemp's establishment, but did organize a public event focusing on how to care for natural hair, as well as "how to create an environment that is respectful and inclusive for women of all hair types."

But Kemp told City Pages that he is still open to communicating with her in the future.

"She did a lot for her community, and for us," he said "She did open our eyes."