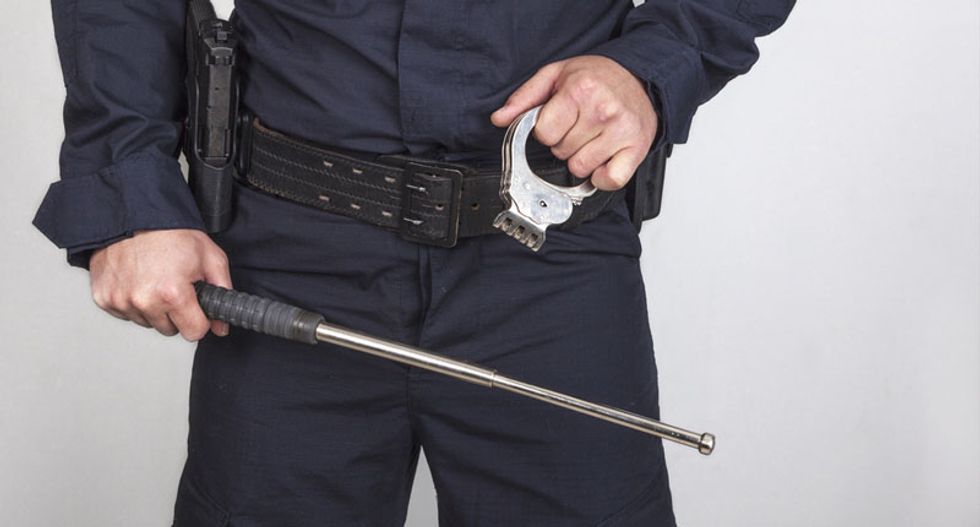 High school guidance counselors are charged with helping students work through academic or emotional problems. They might be the first line of defense if a student is struggling with depression, anxiety, abuse or other trauma—all factors that might lead to or exacerbate problematic use of drugs. Counselors are also supposed to guide the college application process, helping kids figure out how to get in, pay for school—or whether college is right for them and what kind of continuing education best fits their needs. Naturally, this has been deemed an expendable position in many places—it’s one of the first jobs to go when public schools face budget cuts, the Washington Post points out.

On-campus cops are doing solid, though!

This morning, the US Education Department released a collection of data drawn from 2013-2014 surveys of nearly every single one of the nation’s 95,000 public schools. The results are part of the Civil Rights Data Collection, a survey done every other school year to measure access and equity in the public school system. The data show that 850,000 high school students didn’t have access to a school counselor. Meanwhile, 1.6 million (k – 12th grade) students attended a school that employed a law enforcement officer but no counselor.

In fact, 24 percent of elementary schools and 42 percent of high schools had a law enforcement officer on staff. Among high schools in with more than 75 percent of students were black or Latino, more than half had an officer patrolling campus.

Critics of law enforcement presence on school grounds point out that officers are more likely to escalate situations that could be de-escalated. Videos of officers seemingly over-reacting and using excessive violence against children and teenagers surface routinely. It also leads to suspensions and even criminal charges for seemingly normal teen misbehavior, which can be expensive and needlessly suck young kids into the criminal justice system.

As the Southern Poverty Law Center points out, there was an almost 40 percent jump in the number of school resource officers between 1997 and 2007, according to the US Department of Justice.

“The vast majority of these arrests are for nonviolent offenses. In most cases, the students are simply being disruptive,” notes Marilyn Elias, a SPLC contributor. “And a recent US Department of Education study found that more than 70 percent of students arrested in school-related incidents or referred to law enforcement are black or Hispanic. Zero-tolerance policies, which set one-size-fits-all punishments for a variety of behaviors, have fed these trends.”