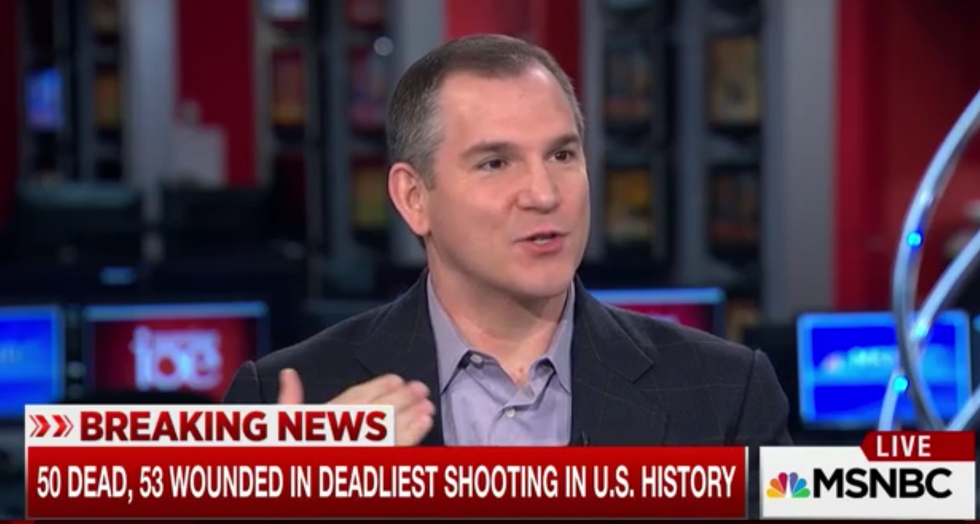 Donald Trump wasted no time on Sunday making the horrific massacre in Orlando all about him, as he tweeted out messages saying he "appreciates the congrats" for being "right on radical Islamic terrorism."

He's been predictably getting hammered in the media for giving himself a pat on the back after 50 people were brutally gunned down by ISIS sympathizer Omar Mateen, and Monday's Morning Joe panel absolutely tore him to shreds.

"Everything about his reaction was very small and very unhelpful," said New York Times columnist Frank Bruni. "Taking a victory lap on 50 bodies."

Panelist Walter Isaacson went on to note that Trump's bluster could end up isolating people within the Muslim community who are vital to providing intelligence on potential radicals.

"If we're going to fight these lone wolfs who are being radicalized, we need to help the Muslim community," he said. "We don't need the whole community to turn against us, we need this type of understanding of what America's all about."