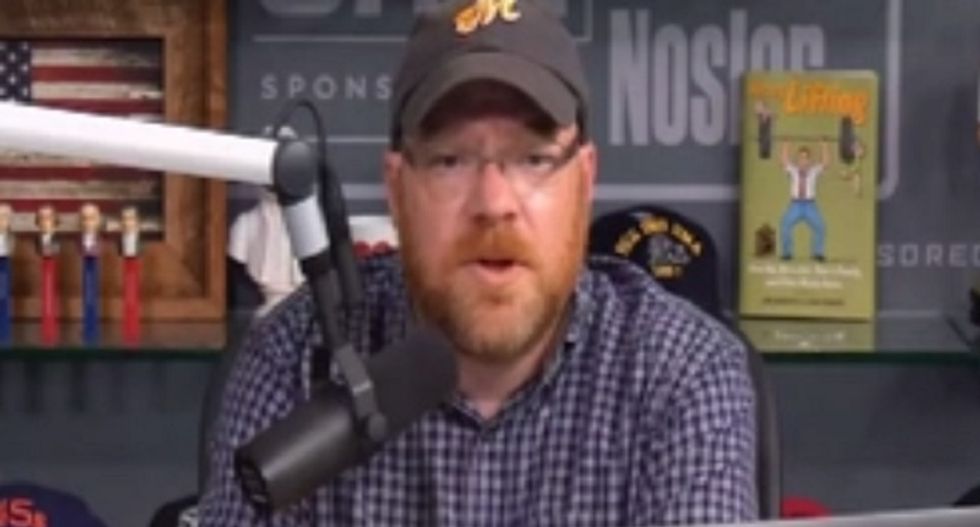 Few question the credentials of Georgia Rep. John Lewis, who along with the likes of Martin Luther King, Jr. helped lead the Civil Rights Movement. He was the youngest of the "Big Six" leaders to put himself on the line for the sake of ending institutional racism.

So it may strike some as strange to hear a white gun advocate explain how sit-ins influenced the Civil Rights Movement after Lewis launched one on the House floor to protest the blocking of gun safety laws by GOP legislators.

Lewis did sit at lunch counters in the 1960s.

Edwards continued, "We’re going to sit right here and we’re not leaving until you recognize us as human beings, as Americans who have the same rights that that guy has over there and that she has over there. That’s what the sit-ins were about in the civil rights movement. This, on the other hand, this isn’t Congress demanding more rights for Americans, this isn’t Congress demanding rights for themselves, this is Congress demanding power. These are House Democrats demanding the authority and the power to ignore the Fifth Amendment when they see fit, to view the Bill of Rights as an impediment to lawmakers, to treat it as such and to try to degrade. Kind of like what they say with ISIS right?"

Lewis, a Democrat, has led this week's sit-in following the June 12 Orlando nightclub shooting, in which a gunman targeted a gay nightclub with an assault weapon, killing 49 and wounding 53.

The overnight sit-end came to an end Thursday but Lewis vowed to start it up again when Congress returns from July 4 vacation.

"On July 5, we're going to continue to push, to pull, stand up and if necessary, to sit down," Lewis said.

Democrats are trying to compel House Speaker Paul Ryan to call for a vote on background check legislation and legislation preventing suspected terrorists from purchasing guns.

Listen to Edwards' comments, as posted by Media Matters, here: